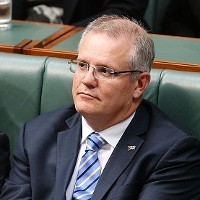 Social Services Minister Scott Morrison has revealed the winners and losers from the federal government’s proposed changes to the age pension eligibility test just days out from next week’s budget.

Morrison said in a statement yesterday the government’s aim is to create fairer access to a “more sustainable pension”, with the changes to come into effect in January 2017.

While the minister said 90% or 3.7 million Australians who receive the pension or pension-linked payments will either be better off or see no change to their payments, approximately 91,000 current part-pensioners will no longer be eligible for the pension and another 235,000 will have their payments reduced.

The changes, which are estimated to deliver $2.4 billion to the budget bottom line, relate to the value of the assets used to determine whether an individual qualifies for a pension or not, with wealthier retirees to feel the cuts.

The government plans to reduce the maximum value of assets outside the family home a couple can hold while still qualifying for a part pension from $1.15 million to $823,000.

But the revamp of the system means 170,000 pensioners with modest assets will receive an average of more than $30 a fortnight, with around 50,000 part-pensioners to move to the full pension.

Morrison also announced the government will not proceed with a plan to index the pension to the Consumer Price Index, as announced in last year’s budget.

“These changes would have impacted the future indexation of more than 4.1 million pensioners and those receiving pension linked payments, including veterans,” Morrison said.

“Those changes will now not proceed.”

Kate Carnell, chief executive of the Australian Chamber of Commerce and Industry, told SmartCompany this morning it is important for the government to focus on ensuring the sustainability of the nation’s pension system.

“We fully accept the current situation of four out of five retirees on a pension or part-pension isn’t sustainable into the future,” Carnell says.

While Carnell says the superannuation system is designed to encourage Australians to self-fund their retirement and the age pension should be targeted at the people who need it most.

“Most people would expect if you own your own home plus have another $1 million in assets, you probably shouldn’t be on the pension,” she says.

Carnell believes the debate should move on from seeing the pension as an “entitlement” and instead focus on the payments as a “safety net”. That being said, she says ACCI also believes the level of the pension should be reasonable to ensure older Australians do not end up “living in poverty”.

Carnell was also positive about the news the government will invest in childcare as part of Tuesday’s budget, saying ACCI will be interested to find out how what the government has done to “make it easier for women to re-enter the workforce”.

Morrison said in a statement today the government will provide an additional $327.7 million over four years through a new Child Care Safety Net, which will be designed to provide financial support to disadvantaged and vulnerable families.

The Child Care Safety Net will replace a number of existing child care support programs, which the minister said are “complex, inefficient, poorly targeted and open to abuse”.

“The level of productivity improvement and the levels of growth needed to maintain our quality of life won’t be achieved without an increase in the participation rate of women,” Carnell says.

More broadly, Carnell says ACCI will also be looking closely at the details of the government’s jobs and small business package, some of which has already been announced.

‘We’re pleased with the 1.5% reduction in company tax rates for small business but we will be looking for detail on how the government is going to address unincorporated businesses,” Carnell says, adding the potential inclusion of a $10,000 accelerated depreciation allowance is also pleasing.

“The bits we’ve seen, we like but we will be interested to see what else is there,” she says.