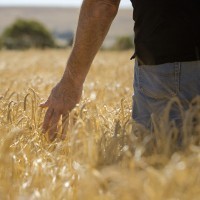 Agriculture received a boost in the budget

The majority of Australian small businesses will benefit from the $5.5 billion Jobs and Small Businesspackage at the heart of this year’s federal budget.

But some SMEs will benefit more than others and that depends on the sector in which they operate.

Here’s SmartCompany’s sector-by-sector guide to the budget measures that will affect your business.

The budget includes a package of measures designed to help agricultural businesses, particularly those affected by the drought.

The budget also provides for $35 million for a civil and civic infrastructure grants program in drought affected areas and $20 million to extend existing support services for farmers in 70 drought affected areas. Farmers will also receive an immediate tax deduction for new water facilities and will be able to depreciate capital expenditure on fodder storage assets over a three-year period, starting July 1, 2016.

The health budget has been reduced by close to $1.9 billion; however, the government has said it will reinvest the funds.

Last year’s plan to introduce a GP co-payment has been dropped but the government plans to proceed with plans to establish a $20 billion Medical Research Future Fund by 2019-20.

As flagged prior to the budget, work is underway to change how medicines are priced under the Pharmaceutical Benefits Scheme (PBS), potentially lining the government up for a fight with the pharmacy sector.

The government also announced in the budget it will provide $1.6 billion for new and amended PBS listings, including cancer treatments.

Australian schools will receive a funding boost of $4.1 billion over four years. However, the government will not extend the previous government’s Gonski funding model after 2018-19.

Business in the tertiary education sector may feel the pinch of a raft of funding cuts, with Education Minister Christopher Pyne to continue to attempt to pass last year’s higher education reforms through the parliament.

Universities will also lose $263 million that was previously allocated to the Sustainable Research Excellence Program.

Businesses that operate in the defence sector may benefit from increased government activity in the industry, with $750 million allocated in the budget to extend and expand Australia’s military operations in Afghanistan, Iraq and the Middle East.

Internet service providers are likely to be affected by the government’s metadata retention policy and this year’s budget provides $131 million to assist members of the industry to upgrade their systems in order to comply with the policy.

It has allocated $3 billion for Melbourne’s East West Link, but given this project is not going ahead there’s likely to be little benefit from this promised cash injection.

As expected, the budget includes $45 million over two years for small capital projects in local communities. A National Stronger Regions Fund will also begin next financial year, with $1 billion available over five years for community projects that create “jobs and opportunity” for specific regions.