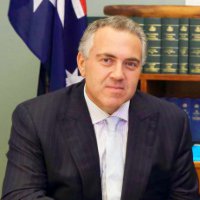 Tax relief for small businesses will be funded from the cash previously set aside for the federal government’s now-dumped paid parental leave scheme, Prime Minister Tony Abbott is expected to tell a business lunch today.

Small Business Minister Bruce Billson has previously indicated all small businesses, even those not incorporated, will benefit from the government’s proposed 1.5% cut to the company tax rate in next month’s budget.

But speaking to an Australian Chamber of Commerce and Industry lunch today, Abbott will seek to reassure the business community any new expenditure measures in the budget will be offset by savings, reports Fairfax.

“Each year will bring us closer to a surplus, a surplus that means debt will actually start to reduce rather than simply grow at a slower rate,” Abbott will say.

While Abbott is expected to promise “the deficit will decline every year” in today’s speech, he won’t put a timeframe on when a budget surplus could be reached.

Abbott dropped his signature paid parental leave scheme, which had an estimated annual price tag of $5.5 billion, in February, after previously scaling the scheme in the face of criticism from opposition parties and within the ranks of the Coalition.

Meanwhile, Treasurer Joe Hockey has said state governments are free to re-introduce previously discarded state-based taxes to make up for declining revenue from the goods and services tax.

While Hockey has flagged a number of “integrity measures” that will see the government attempt to close gaps in the GST revenue base, he told Fairfax he would not object to a proposal by South Australian Premier Jay Weatherill to re-introduce taxes that were scrapped when the GST was introduced, including the Financial Institutions Duty, which taxed bank deposits.

Weatherill has threatened to reinstate the taxes if the Commonwealth does not act to replace GST revenue with cuts to other areas, including superannuation tax concessions, while the federal government maintains any change to the GST is a matter for the states to determine.

“Well, any state is free to introduce a tax,” Hockey said.

“That is up to that individual state government.”

“I know the South Australian state government is undertaking tax reform at the moment. Obviously if they want to introduce a tax that is their call.”

“Certainly, the federal government would not be introducing that tax on behalf of the states.”

But Peter Strong, executive director of the Council of Small Business of Australia, slammed the idea of previously dumped state-based taxes being re-introduced, telling SmartCompany this morning such a move would be akin to “going down a path that takes us back to the dark ages”.

Strong says the “whole idea” of introducing the GST in 2001 was to create a “simpler and fairer” tax system, and reinstating state-based taxes such as the Financial Institutions Duty would fly in the face of that.

“It would be going backwards, not forwards,” he says. “The government must ensure that doesn’t happen.”

Strong says not only would the move increase compliance costs for small businesses, it would add complexity to the Australian tax system and inhibit the growth of companies that want to expand across state lines.

“If a company wanted to cross a border, it would think twice about growing,” Strong says.

“It would have a negative impact on employment and a whole range of other things.”

Strong says both increasing the rate of GST and broadening the base of the tax should be on the tax reform agenda.

“After the budget we should immediately have a GST summit,” he says.

“It should be a big summit with the states, industry groups and community groups.”

“This is a big issue and if we don’t fix it, we’re going to go backwards in terms of productivity and complexity and it is going to inhibit growth.”