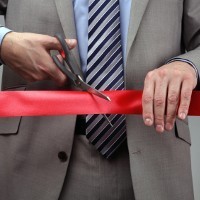 The small business community’s biggest wish for tomorrow’s budget is a reduction in red tape, according to a SmartCompany survey carried out last week.

The survey of 58 SmartCompany readers, the majority of whom are owners of an SME, revealed a company tax cut, increased spending on infrastructure and greater flexibility in workplace relations were the other key issues SMEs want to see in tomorrow’s federal budget.

Those surveyed were not as concerned with a so-called “Netflix tax” on intangibles, bringing the budget back to surplus and tax concessions for industry and research and development.

When asked whether there was anything else they wanted to see in the budget, some respondents were critical of the failure of the implementation of the 2014 budget.

“They need to establish business and consumer confidence. The only way to do this is to introduce reforms that have public and bi-partisan support,” one respondent says.

One respondent called for “income support or grants for eligible startups” and “definition of small business based on revenue not PTY [proprietary status]”.

When asked what they were worried about being included in the budget, respondents were pretty evenly split between the limited basis of any change to the company tax cut, changes to the capital gains tax regime and changes to the GST.

Respondents once again highlighted the failure of last year’s budget to get past the Senate.

“I’m concerned that they will continue to pursue ideological objectives rather than pragmatic ones and as a result, next year at this time we will once again be talking about all the measures that never got through Parliament,” one respondent said.

But another respondent said their major concern is that the government is “going soft”.

“For example, I heard they are going to continue financial support for the dying car manufacturing industry – Australians don’t want to buy Australian made cars, so why should we pay for them through our taxes?”

Potential cuts to pensions was another area of key concern for those surveyed.

“Leave pensions alone,” said one while another responded “genuine pensioners not disadvantaged.”

Of those surveyed, 78% were part of an SME, 16% were sole traders and 5% classified themselves as part of a large business.