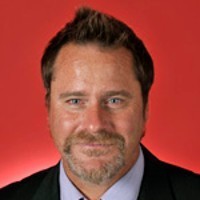 The Australian Greens will support the small business package that forms the heart of the federal government’s budget but the party’s small business spokesperson Peter Whish-Wilson says he will be watching how small businesses use the $20,000 asset write-off “like a hawk”.

Speaking to SmartCompany this week, Senator Whish-Wilson said he is pleased to see that small businesses will receive “some relief” from the budget and he supports the 1.5% tax cut for incorporated businesses with turnover of less than $2 million.

“We’ve been leading the way on the tax cut as we took a 2% tax cut for small business to the last federal election,” Whish-Wilson says.

But Whish-Wilson says the government is engaging in “cynical politics” by bringing back accelerated depreciation measures it abolished along with the mining tax in 2014.

“When we debated the mining tax in the Senate and getting rid of the small business package with it, I said, ‘I bet you London to a brick they will bring back the same small business policies but rebranded’,” Whish-Wilson says.

“They cut $5.4 billion and now they have brought back a $5.5 billion small business package. It’s cynical politics.”

Whish-Wilson, who worked as an economist before entering politics and owns the Three Wishes winery in Tasmania, says the small business community has been thrown “into disarray” during the past 18 months due to the uncertainty in the economy and the government’s budget measures simply undo some of that damage.

“Don’t tell me they are better off,” Whish-Wilson says. “They are back to square one.”

Whish-Wilson is particularly concerned about the $20,000 asset write-off scheme, which he says he will be “watching like a hawk” to make sure it is not used inappropriately.

“It is a stimulus package for the economy from a government going to an election but it is not in the long-term interests of small businesses or the taxpayer,” he says.

The Greens’ small business policy called for an accelerated depreciation allowance threshold of $10,000, which Whish-Wilson says was based on recommendations from the Henry Tax Review.

“It doesn’t encourage small businesses to overspend in the short-term,” he says.

Whish-Wilson says the barriers to entry for individuals to establish businesses in order to take advantage of tax breaks are low, especially when it comes to sectors such as e-commerce, and this is why he wants to the detail of what the government is proposing.

“I’m very concerned this is a populist ploy by a party that is usually opposed to stimulus packages,” he says.