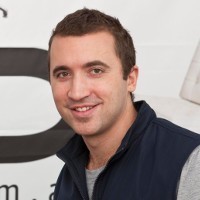 Australian entrepreneurs are enthusiastic about budget measures that will make it easier to start new businesses or change the structure of rapidly growing businesses.

However, they say more can be done to foster the kinds of skills needed to ensure Australian businesses remain competitive.

Small Business Minister Bruce Billson has already flagged a number of budget measures that will form part of what he says will be the “most substantial small business package this country has seen”. SmartCompany asked three entrepreneurs what they think of the measures and importantly, what else they would like to see in tonight’s budget.

Chris Strode says “entrepreneurship today is so much different than it was, say, 10 years ago” and as the founder of $100 million invoicing startup Invoice2go, Strode knows a thing or two about the challenges of creating a new business.

“It’s good to see a sentiment around opening up access to creative funding, and allowing more flexibility with regards to changing business structure,” Strode says of the budget measures already announced.

“I think these changes will go a long way to get people moving and to encourage new ideas to flourish.”

“Businesses have to be extremely flexible, nimble and quick to adopt new ways of doing things,” he says.

“Too much red tape, fees and obstacles on the backend only make it that much harder to innovate at the speed you really need to in order to compete.”

Dean Ramler founded online furniture retailer Milan Direct in 2006 at the age of 24. Like Strode, he is pleased to see the government’s efforts to reduce red tape and compliance costs for SMEs.

“I’m very happy to hear about the proposed changes which will essentially see the setting up of new businesses simplified with reduced compliance costs,” Ramler told SmartCompany.

“It is also being tipped that measures will be put in place to encourage crowdfunding for startups, which is very positive and should lead to less barriers to entry for startups.”

Although Ramler says it has been a long time since Milan Direct was a small business, as an entrepreneur, he can see how these changes will help those who are starting a small business for the first time.

“Anything to assist small business getting up and running with minimal red tape should be applauded,” he says.

“Small businesses are the backbone of the economy and should be encouraged to invest more for growth, which will increase employment opportunities and stimulate the economy.”

Job Capital and Rare Birds founder Jo Burston believes the federal government is “beginning to recognise that the Australian startup and entrepreneurs ecosystem needs their support if we are to be competitive on a global scale”.

While Burston told SmartCompany the already announced changes to employee share schemes and tax relief for smaller businesses “will assist startups”, she says “they are only a starting point”.

“I think the government has a long way to go, especially compared to New Zealand and the way they support entrepreneurship,” Burston says.

“New Zealand’s equity crowdfunding model allows companies to raise up to $NZ2 million per year from the public, whilst here in Australia startups are restricted to seek funding or angel investors.”

“Crowdfunding is critical for startups and younger entrepreneurs who may not be able to access capital from a traditional lender. If you look overseas, you see that the US, the UK and New Zealand are all ahead of Australia in this respect, and it’s time the Australian government caught up.”