Budget 2015: Why Joe Hockey suddenly has more cash to spend 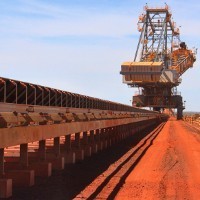 Federal treasurer Joe Hockey will have an extra $4 billion in the government’s coffers come next month’s budget thanks to a recent recovery in the price of iron ore, according to one leading economist.

Just weeks after Hockey said he was contemplating an iron ore price of as low as $US35-a-tonne—which would mean writing off as much as $25 billion in additional government revenue over four years—the much-watched commodity is now trading at $US57-a-tonne. This compares to $US47-a-tonne just two weeks ago.

Stephen Koukoulas, managing director of Market Economics and economic adviser to Dun & Bradstreet, told SmartCompany this morning the surge in the price of iron ore represents “a big move” that will have important implications for the government’s budget position.

“Three or four weeks ago [the government] was talking about the possibility of $35-a-tonne, so $57 is massively different,” Koukoulas says.

“If that is the only change, it alone would be worth between $4-4.5 billion in tax revenue.”

“So it does matter, it’s important.”

Koukoulas says there is “no doubt” next month’s budget will reveal the government has extra cash. Based on the most recent monthly budget figures released by Finance Minister Mathias Cormann and factoring in the improvement in some economic indicators since the Mid-Year Economic and Fiscal Outlook in December, Koukoulas predicts the government will be well on track to deliver a small surplus in 2017-18.

Koukoulas says a lower unemployment rate delivers the government another “couple of billion”, the Australian dollar is sitting just below US80 cents and the Reserve Bank will likely be in a position to pay back some of the $8.8 billion the government lent it in 2013.

“That’s another two, three or four billion,” he says.

“All of a sudden, we’re getting closer to surplus. If the government makes such policy changes, which it should, we might have a little surplus in 2017-18.”

While Koukoulas says MYEFO painted a “pretty gloomy” picture of the economy, “and rightly so”, several economic indicators, including employment numbers, housing starts and construction and “not bad” retail sales results show the budget is now in better shape.

“It’s better than what was assumed, there’s no doubt,” Koukoulas says.

“It will be very constructive for the budget.”

Hockey said last week small businesses will be among the big winners in next month’s budget, with tax relief of at least 1.5% already flagged for small businesses, even those that are not incorporated.