China’s sharemarket free falls: What it means for Australia 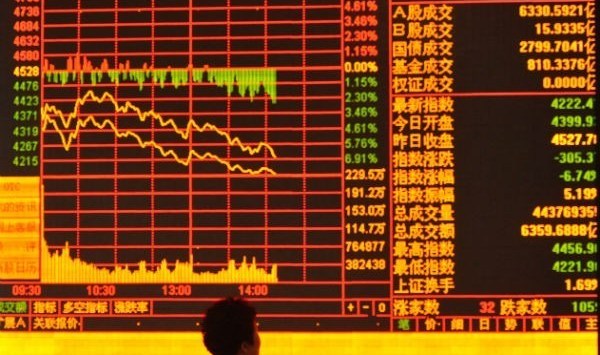 The Chinese sharemarket has plunged more than 30% and economists say the rout could put Australia’s economy at risk.

After rising 150% in the last year the Chinese share market has gone into free fall, with about $U3.6 trillion in market valuation wiped out in less than a month.

Warren Hogan, chief economist at the ANZ, told SmartCompany right now we are at the “financial crisis” point.

“From an economic and financial point of view, if this goes badly this is as severe as it gets for China and potentially Australia, as it could risk Australia’s underlying economic stability [with] unemployment to go up,” he says.

Hogan says the main issue to understand at the moment is the extent of the excesses in the Chinese equity market in order to see how far it will go down.

“Once we get a handle on that we can understand how that affects the underlying Chinese economy, which is what will impact Australia,” he says.

Alan Oster, chief economist at the NAB, says the fall in China’s sharemarket needs to be looked at in context of the 150% rise over the past year.

“The issue that is more important is that iron ore is down to below $US45 again, which takes income out of the economy,” he says.

“China is clearly much more important than Greece to Australia, but you shouldn’t ignore the fact that there are better activity levels in Australia itself.”

What’s the Chinese government doing about it?

In a bid to stem the damage, China’s securities regulator has banned major shareholders, corporate executives and directors from selling stakes in listed companies for six months.

Hogan says these policies are not the right ones.

“They are trying to slow the adjustment down but the suspension of trading of stocks could cause problems elsewhere with people selling other stocks below what their value is,” he says.

“Providing liquidity to margin lending institutions is not the right thing to do given they are the source of the problem.”

“I think so far the policy response is not going to change anything and is unlikely to reduce the financial distress,” he says.

How will this impact Aussie SMEs?

Hogan says the main risk for SMEs in Australia is what the sharemarket plunge in China means for the Australian economy.

“Obviously businesses with direct customers in China will have to look at it very closely,” he says.

“But for the bulk of SMEs this is about what it means for Australia’s economy.”

Hogan says the main link between Australia and China’s economies, bulk commodities, has already seen “significant distress” in the last couple of years.

“We’ve already had to deal with a fair bit of fallout from China’s problems in this country,” he says.

“The equity market collapse could result in weaker growth in China than otherwise expected, which could lead to renewed economic problems.”

Hogan says there could be an upside for SMEs.

“The silver lining could be that the Aussie dollar falls, although that is only happening very gradually so far,” he says.

“That would help exporters across the economy.”

Oster warns any risks involving China and its iron ore prices are “clearly” negative for Australia.

“The longer it goes on the more dangerous it has the potential to be,” he says.

“What this does is it makes people feel scared, and when they feel scared, they are more likely to sit on their hands and not do anything,” he says.