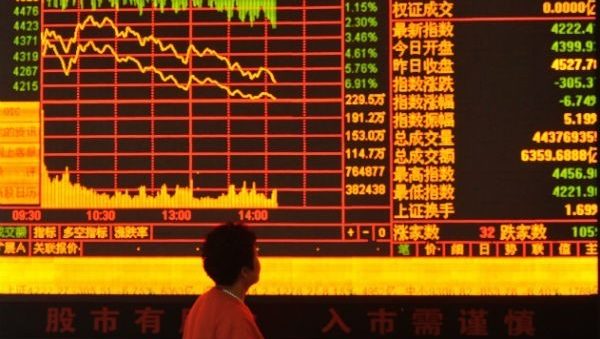 China’s central bank has devalued the nation’s currency by 1.9% in a move that has taken international markets by surprise.

Wall Street took the news particularly hard, with the Dow Jones overnight suffering its sharpest one-day decline in a month.

But will the weakening of China’s renminbi have flow-on affects to the Australian economy?

Stephen Koukoulas, managing director of Market Economics, told SmartCompany the move may have a negative effect initially but it is important to think about the long-term.

“Obviously the Chinese authorities did it because their economy’s weak and that’s a bad news story for Australia,” Koukoulas says.

“So in a sense it’s nothing we didn’t know – commodity prices are very weak and the Chinese economy has been cooling off quite remarkably over the past year or so.

“But over the more medium-term, the very fact the authorities in China are working to put a floor under their economy, looking to reinvigorate economic growth… it’s quite probably that the Chinese economy will be stronger than it is today within a year’s time.”

Koukoulas says while Wall Street, for example, has reacted negatively to the news it is important to view what the Chinese government has done as a kind of “medicine” that will be unpleasant initially but good in the long-term.

“It’s a double-edged sword negotiating the current swings in market certainty,” he says.

“We can’t ignore what’s happening in the US and Eurozone as well. If we do get some reasonable momentum in those economies, you get a much more positive tone in the global economy. There are still some significant problems and it will take a lot of policy resolve to get the global economy on a stronger path, but there’s some reason to be hopeful.”

Tim Harcourt, economic professor at the University of New South Wales, says the reason devaluation has been such a shock to markets is because the renminbi has always been seen as a stable currency.

“I think it’s a bit of a surprise and a bit of jolt,” Harcourt told SmartCompany.

“But the Chinese could see the slumps in output and wanted to do something quickly. It’s sometimes a bit tougher for our exporters, but if it allows China to keep growing then it’s probably a good thing.”

Harcourt says there are around 5000 Australian businesses that export products to China and around another 4000 that export to China through Hong Kong and these companies will likely welcome the drop in China’s currency.

“They’ll get some relief on costs,” he says.