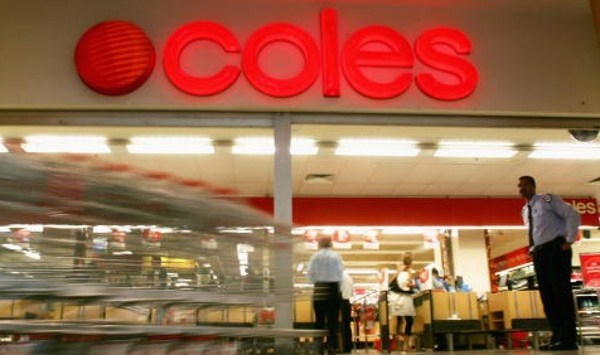 So far Aldi, Woolworths and Coles have signed up to the new rules. Small Business Minister Bruce Billson says the Food and Grocery Code of Conduct will improve “the entire supply chain of Australia’s grocery sector”.

However the code will only apply to those supermarkets that have signed below the dotted line.

Small businesses have been calling for greater protections from the supermarket giants for a long time.

But why is a grocery code of conduct necessary, and why are the small business lobbyists so adamant Coles and Woolworths are the bad guys?

Supermarket giants “get what they want”

There is no question that Coles and Woolworths dominate the supermarket industry in Australia, however the exact market share depends on who you ask.

Jos de Bruin from the Master Grocers Association maintains Coles and Woolworths combined have an 80% stake in Australia’s grocery sector.

However, a recent report by credit rating agency Moody’s suggests that figure is closer to something like 63%, with Coles and Woolies losing ground to Aldi in recent years.

Peter Strong, the chief executive of the Council of Small Business of Australia, says either way Coles and Woolworths’ market share is detrimental to innovation and competition.

“It’s been proven throughout history that when you have one or two really dominant players they start to impact on things in a negative way,” he says.

“It’s not through evilness but osmosis – they’re big and start to get what they want without really having to compete.”

De Bruin agrees, pointing out Coles and Woolworths are among the biggest retailers in the world.

“What we’re saying is that Coles and Woolworths have a presence in Australia like no other business in the world,” he says.

“Coles and Woolworths have a hyper concentration. We believe a duopoly that has up to 80% market share in groceries is very dangerous – dangerous in the sense it gives them the right to exercise their market dominance and misuse their market power in a variety of ways.”

However, the Harper competition review found competition between supermarkets in Australia has intensified in recent years.

In addition, the market share between Coles and Woolworths is similar to that of the two largest supermarkets in countries like Canada and Ireland.

Meanwhile, 100% of New Zealand’s supermarket industry is controlled by the two largest players.

Strong says a particular annoyance for supermarket suppliers is the use of white-label products.

“Because there are only two places you can go which are good, they can force you into a plain packaging situation which makes it much more difficult for a business to expand because no one knows their particular brand,” he says.

“In the olden days, if I produced something and people said it was good quality and a good price, it meant I would have produced something else and kept growing my business. But now people don’t know it’s your product, so they’re not going to buy any other products [of yours] and that inhibits business growth, inhibits innovation and has a direct impact on productivity.”

De Bruin acknowledges some people may see the Coles and Woolworths duopoly as the result of a free market, but he is adamant that in a proper free market everyone is on a more even playing field.

“Coles and Woolworths are clearly very good businesses, but we believe their size is so large now that they are actually stifling innovation, confidence and certainty to invest in businesses,” he says.

“I’m talking about SMEs as well as larger independent businesses. And that’s purely and simply because they [Coles and Woolworths] have the resources. What you have in the independent sector is they are run by family businesses, so it’s the family assets on the line.”

“We say come on, come into town, but come into town on a level playing field rather than seek to crowd everybody else out of the market.”

In order to tackle this perception that the big supermarket chains are bad for innovation, Coles established a “nurture fund” earlier this year.

A Coles spokesperson told SmartCompany the fund is aimed at helping small food and grocery producers, farmers and manufacturers grow their businesses.

“The fund will allocate $50 million over five years in grants and interest-free loans to fund the development of new market-leading products, technologies and processes,” the spokesperson says.

“The Coles Nurture Fund builds on the Coles Supplier Charter, which sets out our commitment to deal with suppliers in good faith as well as providing a clear dispute resolution process overseen by independent arbiter Jeff Kennett.”

Bigger companies have an “advantage” dealing with unions and governments

Strong says Coles and Woolworths have a natural advantage over independent retailers because they are able to negotiate with the Shop, Distributive & Allied Employees union for lower wages on Sundays.

“They get this commercial advantage not by being competitive, but through a partnership with a very big union,” he says.

“You end up in a situation where you have two dominant players but one dominant union. And that union is dominant on policy because they’re the biggest funder of the Labor party.”

Strong says one only has to look at the carbon tax to see how Coles and Woolworths shape government policy.

“When the government of the day brought in the carbon tax, Coles and Woolworths said we will not pass on the extra costs until you [the supplier] prove to us there are extra costs and you’ve done everything possible to minimise those costs,” he says.

“So they then used the government policy to minimise their costs at the expense of their suppliers. The problem is the suppliers have nowhere else to go. And that’s the issue… a lot of our members are very afraid to say anything out of fear of repercussions from Coles or Woolworths.”

When contacted for comment, a spokesperson for Woolworths is quick to flag that the supermarket was the first to sign up to the new code of conduct.

“Woolworths values our relationships with suppliers and is proud to have been the first major supermarket to agree to sign up to the Grocery Code of Conduct,” the spokesperson said.

A spokesperson for Coles confirmed to SmartCompany the supermarket had recently signed up to the new code of conduct.

“Coles worked constructively for two years on the development of the Food and Grocery Code and confirmed it would become a signatory following its ratification by Federal Parliament in June,” the spokesperson said.

“The Grocery Code is consistent with the objectives and values of the Coles Supplier Charter, announced in August last year. The aim of both is to strengthen relationships between retailers and suppliers through greater certainty and transparency around commercial terms and good faith commercial conduct.”