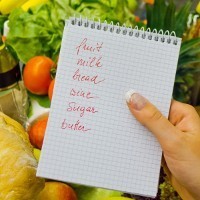 This week leaders of the world’s competition agencies are meeting in Sydney. Their agenda includes grappling with inconsistent tests for dealing with unacceptable market conduct by big business. Abuse of dominance or misuse of market power is at the centre of the debate.

On one side, commissioners from the Competition and Consumer Commission (ACCC), a former ACCC chair, Allan Fels and small business interests lead a growing contingent of those advocating a so-called “effects test” to determine whether market power has been misused.

On the other side, well-resourced large business interests, foremost the Australian National Retail Association, and others including the Law Council of Australia, former ACCC chair Graeme Samuel and former consumer affairs minister Craig Emerson, argue for no change. They believe a “purpose” based test is the right answer because it provides more certainty than the alternative.

The essential difference is between those who think specific intent – a “purpose test” – is the standard that should be applied, and those who think a consumer welfare standard – an “effects test” – is to be preferred. International experience shows that each has its positives and negatives. Neither is entirely right or wrong.

Those preferring a consumer welfare standard point out that the current law does not apply in circumstances that it should, primarily because of the need to establish that the perpetrator has a prohibited purpose. They also argue that in focusing on competitors rather than the competitive process, some types of anti-competitive abuse are not caught at all.

Those opposing change argue that an “effects test” would have a chilling effect on competition, be detrimental to consumers and increase the risk of false positives. As Professor Michael Porter has observed, if we rely too heavily on narrowly conceived consumer welfare theory, competition analysis may overlook some important benefits of competition for society.

This is not a new battle. It has been raging since Australia first adopted a modern competition law. It is not likely to subside any time soon, regardless of what the government does with the Harper panel’s recommendation.

What did the Harper panel do? Given the genesis of the Inquiry, they had the sense to know that no change was not a politically acceptable option. They set about trying to better align our market power law with economic principle and international experience. The result is a proposed new misuse of market power test that focuses, not on competitors (or on consumer welfare directly), but on the effect on competition of conduct by corporations that have market power.

That change will not be the panacea small business seeks. Nor will it have the chilling effect on competition some big business interests predict.

As to small business expectations, the reality is that market power laws are mainly resorted to in fights between big business and bigger business, although there is an occasional exception. These laws are regarded universally as a last resort for regulators, to be used where those with market power attempt to foreclose a market or charge exorbitant prices. Small business will benefit more from the unconscionable conduct law, the recently announced extension to unfair contract terms protections and enforceable codes of conduct, than they will from a misuse of power prohibition, even if the panel’s recommendation is adopted.

As to big business, the claim that the panel’s recommended change will chill competition is not borne out in international experience. Competition remains robust and tough in countries that have adopted a so-called “effects test”. And in Australia, since 1997 an “effects test” has applied for misuse of market power in telecommunications markets, but the ACCC as never found the need to take a case through the court.

No doubt, if the government accepts the Harper panel’s solution, some will think twice before adopting unacceptably aggressive market-foreclosing business strategies, but that is likely to be positive for consumers and for the competitive process. Court proceedings by the ACCC will be few and far between, and that is as it should be.

Australia is not alone in seeking the Holy Grail in this area. Controversy surrounds misuse of market power laws in every country that has one. Whatever the government decides, the controversy and criticism will continue. We should recognise that reality, move on from entrenched positions and give the Harper panel’s recommendation serious consideration.

Russell Miller is the Adjunct Professor at Australian National University. He is affiliated with Minter Ellison where he advises governments and companies on competition issues. This article first appeared on The Conversation.