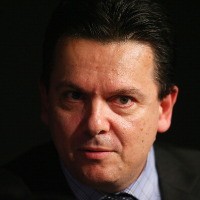 Last Friday, Woolworths announced it was cutting the price of its Homebrand white sliced bread to just 85 cents per loaf.

In a statement, Woolworths’ managing director of Australian supermarkets and petrol, Tjeerd Jegen, said the offer was the “start of a range of savings we know will make a great difference to a family’s budget”.

However, the move has prompted concerns the offer is anti-competitive and could harm smaller competitors, echoing concerns over other offers from the retail giant in recent years, including shopper docket fuel discounts and $1-per-litre milk.

De Bruin told SmartCompany the 85 cent offer on a staple such as bread would distort the market in favour of the major supermarkets.

“Obviously, when you sell a product at a price, there’s nothing illegal. But as far as our industry is concerned, we’d term it predatory – it’s legally okay but morally wrong,” says de Bruin.

“How can Coles and Woolies sell bread at 85 cents? It’s because they have the market power to push back on suppliers to demand lower prices and they can cross-subsidise losses.

“The only way an independent supermarket or any other retailer could compete is to reduce their prices and destroy their margins.”

“Using ‘loss leaders’, that is, selling a product for below cost in order to drive traffic into your store, isn’t a bad thing in isolation. Almost all retailers do it,” says Ranieri.

“The problem with our grocery retail market in Australia is that the two big players have so much market share that their loss leader prices start to become the new normal.”

“The fact that consumers believe milk is now worth $1 per litre and a loaf of bread is going to be worth 85 cents means that the industries surrounding these products get decimated.”

Ranieri warns consumers could ultimately find themselves worse off as a result of the offer in the long term.

“The big wigs at Coles and Woolies know the impact this pricing decision will have on small bakeries around the country. They won’t survive. And when the local bakeries are closed, they’re certainly not going to keep selling bread for 85 cents,” he says.

“For consumers, cheap bread is a short-term gain, but it will hurt us all in the long run if we let the big players use pricing strategies that aim to cripple competition.”

The Woolworths promotion has led Senator Xenophon to call to reinstate laws preventing suppliers from offering customers different prices without a good reason.

The regulation, originally known as Section 49(1) of the Trade Practices Act, would prevent bread suppliers from selling products to high-volume customers such as Woolworths for a lower price than independent supermarkets.

In a statement, Xenophon said: “In the 19 years since the abolition of laws against anti-competitive price discrimination Woolies and Coles have grown significantly and to the detriment of the independent grocery sector.”

“Whether it’s milk, petrol or bread, why shouldn’t the competitors of Coles and Woolworths be able to access prices from suppliers at the same cost as the big two?” he said.

A Woolworths spokesperson told SmartCompany the supermarket chain had not announced that it was paying its suppliers less than other retailers.

“Woolworths has listened to our customers who have said they would like help with their family budgets,” the spokesperson says.

“Our 85 cent white Homebrand bread is a great quality bread at an everyday low price that will put a little extra money into the pockets of Australian families.”