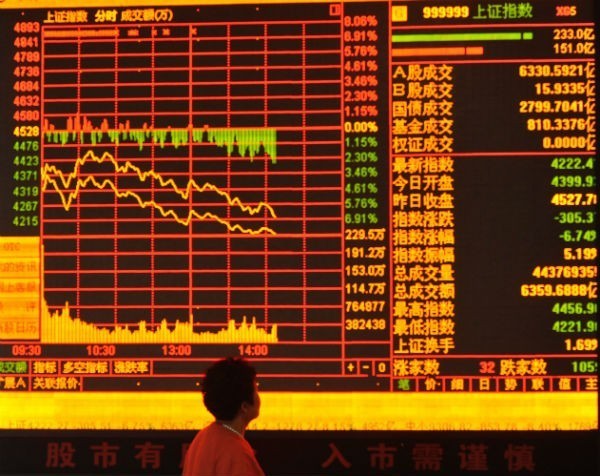 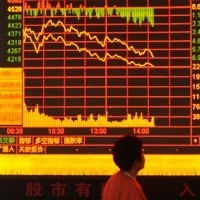 This week’s global sell down in stocks has been pegged to fears about the slowdown in China, but looks more like the effects of contagion.

In China, the Shanghai Composite fell by more than 8%, to levels below that which have previously triggered government intervention. The S&P/ASX 200 Index closed down 4.1% on Monday, and the Australian dollar hit a fresh six-year low at 72.69 US cents. The Tokyo Stock Exchange slumped 4.61% to its lowest level in six months, and markets in Taiwan and Hong Kong were also significantly lower.

Talk of a currency war has continued, with the suggestion that China is devaluing its currency against other Asian currencies in order to maintain its all-important export competitiveness. This implies some form of deliberate policy action, and in the modern era of Asian central banks I do not see that this is what is happening. Modern central banks, of which there are many in Asia, do not typically engage in this type of behaviour. Instead, what we seem to be seeing is evidence of reassessment and contagion.

When a market, “over-reacts” (or under-reacts) to a shock generated elsewhere, then this may represent the effects of contagion.

But commentators are sometimes a bit loose in their use of the term. Sometimes, they mean that the drop in the value of a currency will have real effects on another economy. For example, a drop in the value of the renminbi means competitive pressure on other economies in the region, resulting in some potential reduction in their expected future growth, and hence some fall in value of their currencies. This is what is known as a spillover.

The fact that we can articulate a channel for this effect makes it something we can anticipate, and we could perhaps even have bought a hedge against this risk in the financial markets. Contagion proper is not expected and as a result cannot be priced in the markets. Contagion may be based on investor behaviour – often spooked by fear.

The current currency uncertainty in Asia is a good case in point. To date, there is no real evidence of the currency war that had been feared by some commentators. Instead, lowered expectations for future growth, and to some extent concerns of portfolio holders have created falls in the value of other Asian currencies. That which is based on underlying fundamental linkages and is well-founded will remain, but where fundamentals are stronger than current market fears suggest, then we might well expect corrections.

The reaction of global currency markets to the Chinese renminbi devaluation is mainly newsworthy because it was unexpected. In a manner rather reminiscent of the disbelief that Russia would defer payments on its debt in 1998 (because a nuclear power had never before done so), there was no expectation that the Chinese currency would change in such a ground-breaking manner. It then takes markets a little while to sort out their reaction. As it does, this will set up a new set of expectations around how transmissions work.

It is the changes in the network of the relationships between different currencies and countries that represent the contagion effect. Previously existing links between currencies, may be weakened in the longer term, perhaps as markets recognise the greater separability of some of the other Asian economies from the driving force of China. At the same time other links may form or strengthen, perhaps in the direct assessment of individual Asian economies by non-Asian investment markets.

This changing landscape of the transmissions between currencies represents the changing nature of the underlying economies, and our preferences in incorporating them into our portfolio decisions. The existence of contagion represents the stress that ensues when we recognise that our existing map of the linkages between economies is fundamentally questioned by new events. It is part of a transition arrangement as information is rearranged by the markets.

While the above sounds very sound, the problem with contagion is that it is often abrupt, costly and falls disproportionately.

My recent research shows how contagion transmits internationally, and identifies a number of different channels. More importantly, it illustrates the costs associated with contagion in the form of ensuing banking crises. We show that if there is contagion which has both systematic effects (affecting the common drivers of the currencies in the Asian region for example), and idiosyncratic effects (where the source of the shock causes a disproportionate reaction in a particular asset, such as perhaps the effect of the Chinese devaluation on the Indonesian rupiah) these channels are likely to lead to high fiscal costs of subsequent banking crises.

Indonesia has itself paid a high cost in the past for these crises – during 1997-98 it arguably had stronger fundamentals than those of other Asian economies, but it suffered extraordinary economic hardship in the period of recovery.

The question is what is to be done about contagion. The experts find this a very difficult issue. In some ways nothing can be done, markets must realign their expectations. But if there is significant volatility as a result of this, or a retraction of credit, there will be very real effects for the economy in reducing investor confidence. Detecting, preventing and managing contagion is an important component of the management of systemic risk for any economy.

Mardi Dungey is Professor of Economics and Finance, Associate Dean of Research, Tasmanian School of Business and Economics at University of Tasmania