Diary of an entrepreneur: How Patrick Grove built a billion-dollar business empire 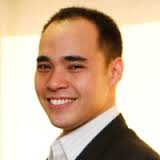 With a Chinese-Singaporean mother and an Australian father, Patrick Grove always felt comfortable traversing the line between East and West.

He was a young boy when he first realised the potential profit that could be turned by bringing a Western idea to Asia.

“I would look at the rich list in Singapore and Malaysia and it would always start with, ‘so and so went on a business trip to America and saw the idea of shopping centres and brought it back’, or ‘so and so got the Asian rights for Levi’s jeans’,” says Grove.

“So, I thought all I have to do is get a good idea from the States and bring it back to Asia. That was the world I grew up in. I was comfortable in both markets.”

He started Catcha.com in 1999 as an Asian answer to Yahoo.com, an internet ‘portal’ with email, news, sports, astronomy and more, all in one place.

“People were so pumped about portals at that time,” recalls Grove. He makes no apologies about trading on other people’s ideas either, telling SmartCompany even the name Catcha was a riff on a ‘catchy’ nonsense word like ‘Yahoo’.

And why would he apologise? The $1 billion Catcha Group now has four businesses under its umbrella, including three listed on the ASX (iProperty Group, iCar Asia and iBuy Group). And while he mightn’t have ‘invented’ the ideas behind his companies, he certainly knows how to ride their success.

Talking about a ‘typical’ morning is a tough ask for Grove, because he’s constantly travelling and rarely lives by a routine. To help ease confusion, he tells SmartCompany about his ‘yesterday’.

Grove wakes at 7am. When he’s Down Under he will often stay with his Australian family and yesterday he had breakfast with his brother and his brother’s wife.

He hits his emails for about two hours, before his meetings begin. And he has plenty lined up.

“At 11.30am I had a meeting with my business partner, then I had the iCar annual general meeting by noon, and then at 1.15pm I had a lunch interview with someone I’m trying to hire. Then at three I had the iProperty general meeting and at 3.30pm I was on the phone to Kazakhstan about investing there,” says Grove.

After his day of meetings, Grove begins the first of two dinner meetings.

“Very often when people want to meet, they want to have lunch or dinner, so I double book myself and have two lunches or two dinners.”

Grove’s trick? Order an entrée at the first meeting and a main at the second.

“I eat out for nearly every meal,” he says. “I’m obsessed with Thai food, so if it was up to me, I’d choose Thai every time.”

The Catcha Group has about 1200 staff and Grove is a big fan of creating fun workplace atmospheres.

“We have a motto, ‘work hard, play hard’ and we try to play pretty hard,” says Grove. “We have lots of parties and we always celebrate achievements.”

Ironically, the internet entrepreneur says one of his favourite things to do to unwind is surf the net.

“I really love long haul flights too,” he says. “It’s the only time I don’t get emails or calls. The day they let you get the internet on flights is going to be a sad day for me.”

Grove says much of his leisure time blends into business and many of his close friends are people he works with or fellow entrepreneurs.

Grove is working on plans to expand iProperty into the Australian market. The website, which is the Asian version of ‘realestate.com.au’, has the potential to capitalise on the growing Asian interest in the Australian property market. He is also planning to bring the successful movie streaming company Netflix to Asia.

Grove has had his fair share of failures and knockbacks in the process of taking three businesses from start-ups to IPOs.

“I must have presented to 50 people before I got the go-ahead with iProperty,” he says. “It definitely wasn’t easy. But we like a challenge, [especially] if someone says there’s no way you can do this. If we believe in something, we are pretty persistent.”