Diary of an entrepreneur: Jordan Grives sets the dial tone for his $7m startup 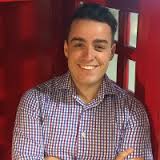 Jordan Grives was channelling entrepreneurial audacity at the age of just 15. Grives was in ninth grade when he started selling cans of Coke and Sprite out of his locker, pocketing a couple of hundred dollars a week from his schoolmates.

“I’d cart them in on the bus, like 100 cans on the bus, and I had a spare locker that I’d set up as, I guess you’d call it a shop front. I’d lined it with ice blocks,” says Grives.

“Back then, in school, when no one has a job, a couple of hundred dollars was great… I wanted to leave schools straight away to start making money.”

The school might have shut Grives’ enterprise down, but it didn’t dampen his spirit.

Fast forward 10 years and Grives is still relatively young, at just 25 years old, but boasts the title of managing director of the Fonebox Group, a telecommunications provider worth $7 million.

Fonebox has hooked into a niche market that Grives says makes the company “full inbound solutions specialists”. The business provides 1300 and 1800 inbound numbers, the routing and analysis of those numbers, and also operates a Brisbane-based inbound call centre, where workers will answer calls on behalf of a business.

His big-name clients include auto giants such as Holden, Ford and Volkswagen, gym Jetts and Curves, and retailers such as Radio Rentals and Officeworks.

The company is now set to more than double its turnover since the last financial year and Grives’ entrepreneurial spirit shows no sign of shrinking as he grows his business.

Grives is up at by 5.30 or 6am and is glued to his phone from the moment he wakes up.

“Our office is open 24/7, so I’m checking what’s going on and if there’s anything to deal with that’s happened the night before,” he says.

He admits he’s addicted to his email and more often than not, you’ll find him phone in hand.

Grives tucks into some scrambled eggs on toast before he’s off to the gym or a squash session.

By about 8am he gets to work, and by that time, he’s already clocked a couple of hours on his phone.

“The days vary pretty dramatically from there,” says Grives. He’ll go from scouting for new clients to internal meetings, with plenty of time spent on email in between.

Fonebox has about 30 staff and Grives says he works hard on maintaining a fun culture. Staff are welcome to use Facebook at work and the business will put on breakfasts and lunches for the team.

“We do give a lot of flexibility but we expect in return,” says Grives. “When we do have an occasion where a client’s running a campaign and we need all hands on deck, people are good to us in return.”

“I do let them be quite autonomous with day to day operations, but I definitely like to have control of the ultimate plan.”

Many of Grives’ staff and clients are several years his senior, and he admits it can be a challenge.

“There are people who can sometimes look at you still as a kid,” he says. “But I think as you grow and get bigger, as your client list starts to expand and you get more and more high profile clients, it starts to get easier.”

It’s a remarkably tough and tempered attitude for someone with no formal business qualifications, but Grives says he’s proud of his real-world experience.

When he started the business at 19, he learnt a lot form his parents, who at the time ran an advertising recorded message business. When one of their customers required a 1300 number, Grives saw a niche and jumped on it, with the full support of his folks.

“I learnt a lot from dad, mainly about commercial reality,” says Grives.

Grives puts in a long day, finishing work by 7pm. He’ll then have dinner with his girlfriend, before jumping back on his emails from 10pm until midnight.

“My girlfriend tries to makes me switch off, and I am trying,” he says.

When he does put the phone down Grives likes to spend his time with his girlfriend or friends, loves a barbecue and tries to take a drive to get away from Brisbane for the weekend.

“I don’t do the clubbing scene,” he laughs.

Grives admits he missed out on plenty of late nights and Fridays and Saturdays with friends because of his interest in business.

“Work is a pretty big part of me, if I could work seven days a week I would,” he says.

“I’ve got to try to switch off on Friday night until Sunday night if I can, but I find difficult.”

“My goal is to build a reputable brand and eventually have a global presence,” says Grives. “I want people to think of us when they think of inbound solutions.”

He’s had plenty of approaches from potential buyers, but says he wants to stay with Fonebox while there’s still so much room to grow.

“Even when you get to a certain size, every day you wonder, what’s next? You do wonder if you’ve hit your peak, even though we definitely know we haven’t,” says Grives.

“It’s how you respond to those days, whether you close the laptop and stop answering emails, and as cliché as that sounds, that’s where you really find yourself.”