Dramatic increase in number of businesses for sale 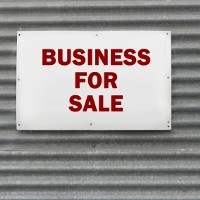 The number of private businesses for sale has reached a record number of 41,200, according to the BizExchange Index for Private Business Values.

The index for the last quarter shows the volume of business advertised for sale increased “dramatically”, up by 23%.

EBIT values improved slightly during the quarter with values less than 1 decreasing by 4% to 23% of listings by EBIT value.

Business values improved slightly for businesses with turnovers of up to $5 million.

One constant since BizExchange began the index in March 2006 is that larger businesses are valued at higher multiples than smaller businesses.

BizExchange attributes this to the lower risk in the transaction and the likelihood that buyers of larger businesses are other businesses rather than private buyers.

David Bird, chairman of BizExchange, told SmartCompany several factors are likely to be responsible for the increase in businesses for sale including increasing awareness and use of websites for selling businesses, weakening economic environment for many small businesses and an increase in the time taken for businesses to sell.

“It could be that businesses are taking longer to sell but it also could mean that there are more coming on to the market,” Bird says.

“I suspect it is probably a mixture.”

Bird says the budget in May did little to lessen the uncertainty affecting businesses generally.

“It is now becoming evident that the Australian economy is experiencing major transitional issues,” he says.

Peter Strong, chief executive of the Council of Small Business of Australia says small businesses are struggling with compliance even though the government is working hard to remove red tape.

“There are also issues around profitability,” he says.