Ethical supply chains: Why retailers need them and who is watching 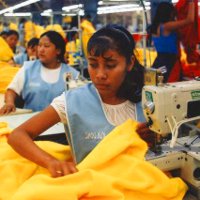 The past 20 years has seen consumers take on a new role, ethical watchdogs. Scandal after scandal has played out on the front pages of newspapers as revelations of labour exploitation and environmental destruction have come to light.

These revelations have brought forth a new era where consumers are asking corporations to be transparent and accountable.

Since the late 1980s, there has been a shift in consumer shopping habits toward ethical consumerism. Aided by the internet, consumers have become curious. They want to know how something is made, where it’s made and who it’s made by.

No longer are companies able to use underage labour, engage in deforestation or use cotton from Uzbekistan without someone, somewhere, finding out and making the news known.

But despite the increasing scrutiny of retailers, tragedies have continued. On April 24 this year the Rana Plaza factory in Bangladesh collapsed, killing a total of 1129 people in what became known as the deadliest garment factory incident in history.

In response to the accident, a global push began for retailers to sign the Bangladesh Fire and Safety Accord (a legally binding contract in which 1600 factories will be inspected and safety training conducted), but only nine of the 29 brands which were manufacturing products in the factory have signed the agreement.

With consumer campaigns more powerful than ever thanks to the popularity of social media, knowingly or unknowingly having an unethical supply chain can have a direct, significant impact on a business’s bottom line.

Thirty years ago business owners may not have been afraid of consumer sentiment toward their brand, but now they should be.

“There has been a growing groundswell of public opinion saying companies do have to pay attention to ethical sourcing,” export expert Cynthia Dearin says.

“The important point to remember is that the bottom line is still what really counts for companies, but we saw it with Nike, consumer campaigns can have an impact. Nike was having hundreds of critical articles written about the people in its supply chain being exploited and in 1998 its profits dropped by 69%.”

In a May 1998 speech to the US National Press Club, Nike founder Phil Knight said the brand had “become synonymous with slave wages, forced overtime, and arbitrary abuse”.

Nike now conducts regular independent audits of its factories, has devised multiple codes of conduct (which are freely available) and shares its audit tools online.

Since Nike, there have been many other examples of successful consumer campaigns – the fair trade movement of the 1990s/2000s, the ceasing of child labour in cocoa farming and the 2011 suspension of live cattle exports witnessed in Australia.

Chocolate companies such as Cadbury’s, Ferrero Rocher and Nestle have all certified that all cocoa used in their products hasn’t involved forced labour.

Following the live export suspension, domestic cattle prices slumped by around 12% thanks to a surplus of cattle in the market.

Last year football manufacturer Sherrin was also forced to retract half a million sports balls which had been made in India using child labour for as little as 12 cents a ball. Following the incident it audited its supply chain.

Tim Harcourt says consumer boycott campaigns have strengthened thanks to the internet.

“Consumers have more power now and they know more thanks to the internet,” he says.

“When I first looked into consumer campaigns in the early ‘90s I thought they’d fizzle out a bit, but now with access to internet, companies are having to respond.”

In the wake of the Rana Plaza factory collapse, Baptist World Aid Australia published a report of 41 fashion retailers operating in Australia, looking into their supply chain policies, transparency, monitoring and training of staff and stance on workers’ rights.

To give an overview of the fashion industry, Baptist World Aid gave each retailer a score ranging from A+ to F for each of the four categories.

Of the retailers included in the report, four received Fs in every category: David Jones, Lacoste, Skechers USA, Supre Holdings and Speciality Fashion Group (although the group has since provided Baptist World Aid with more information which would alter its grades).

Of the 41 companies, only two received straight As, 3Fish and Etiko; however, other companies performed reasonably well including Adidas, Inditex, Timberland and Hanes.

When examining the ethics of the supply chains, 61 questions were asked to each business about the three stages of its supply chain: the first line manufacturers (cut-make-trim manufacturing), textile production and cotton farming.

Gershon Nimbalker says of the 41 companies, only 40-41% knew most of their first line manufacturers and looking further down the supply chain, the numbers got worse. Only 24% knew their textile producers and only 7% knew who farmed their cotton.

“It’s something the industry is struggling with. You need to know who your first line suppliers are and then work backwards,” he says.

“There are a few approaches to knowing your supply chain, some retailers develop their own from start to finish, while others take part in trace projects or make sure everything comes from certified sources through fair trade.”

The majority of the large retailers failed to trace their supply chains back to their origins, with the exception of Timberland.

“It’s clear once a business wants to find out how their products are made they can,” Nimbalker says.

“Chocolate companies have done it through closed supply chains where they know it from beginning to end, and they should be doing the same thing in fashion. It’s very uncommon for fashion businesses to do this, but it’s not as hard for them as, say, technology retailers, where there are many more steps in the supply chain.”

The investigation by Baptist World Aid took place over 18 months. The brands were assessed based on their own publications alongside relevant independent reports, questionnaires sent to the brand for information and comment, which were reviewed. Non-responsive companies were contacted by phone and email multiple times.