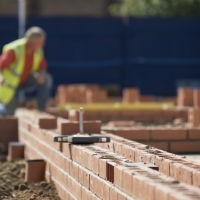 However, the outlook for small business for the new financial year continues to be uncertain.

NAB chief economist Alan Oster told SmartCompany the sharemarket had experienced a significant fall in the past few days, meaning the year had ended “pretty much flat”.

“It’s the same story for the year ahead,” he says.

He is tipping about a 4-5% increase in the sharemarket in the year ahead, with most of the growth in exports.

He said overall there were no great gains expected but no massive falls either.

Despite a boost from the Reserve Bank of Australia’s rate cut earlier in the year, consumer confidence for the year ahead looked shaky, Oster says.

“People are still scared, I don’t expect to see that improving over the next 12 months,” he says.

“They still worry about the global financial crisis and are worried about Greece and what it means.”

HSBC chief economist Paul Bloxham told SmartCompany consumption would continue to be a key contributor to consumer confidence in the year ahead, with consumption of household durable goods, and services in the health sector trends likely to continue.

House price growth nationally is expected to increase in the year ahead, but with some different forecasts regionally.

He says economists are worried about the pace of growth in the Sydney market at the moment, which “looks to be cooling into 2016”.

Bloxham says gains could be expected in places like Brisbane and Adelaide.

Oster says interest rates are likely to remain unchanged until late next year, with a rate rise forecast in the final quarter of 2016.

“We see rates on hold basically all through next year.

Economists are predicting the Aussie dollar may continue to depreciate, with a bit more downside yet to come.

Oster says he is predicting 74c for the end of this year, while Bloxham says HSBC’s predictions were about 70c by the end of 2016.