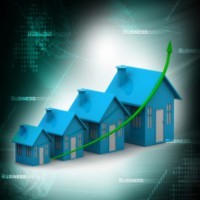 Ahead of the Reserve Bank of Australia’s (RBA) February announcement, Property Observer asks the experts what they predict will happen to the interest rate – with a single answer across the board.

I think they’ll leave the rate on hold – and there are several reasons. Firstly, the last rate cut was now back in August – it’s been about six months with rates on hold. Given that the Reserve Bank has already cut interest rates to record lows, it’s unlikely that they’ll like to drop them further.

Consumer and business confidence has also bottomed out, while retail is beginning to pick up. The strong Australian dollar was a concern, but we have seen that weaken – in fact, last week we saw the Australian dollar drop below US 88 cents, for the first time since 2010. That coupled with strong indicators in the economy will leave the Reserve Bank feeling confident.

We might see rate hikes in the December quarter, perhaps around October. Right now, the economy is still probably not strong enough for an interest rate increase. We’ll be looking at at least 12 months of rates on hold.

We do not expect the Reserve Bank to change interest rates at its February meeting. Headwinds still face the Australian economy. Resource sector investment is estimated to have peaked and is now tapering off, while growth in other sectors of the economy is not yet picking up at a pace to sufficiently offset this decline in the short term.

Nevertheless, there are signs that the current levels of interest rates are doing their job. After declining in 2011 and 2012, house prices have stabilised and have been growing in some cities in 2013. This is encouraging new dwelling activity, with an upturn in residential construction nationally now appearing to be entrenched.

While inflation for December was a little higher than most analysts expected, there were some “one-off” factors that helped to drive the numbers, and underlying inflation is still likely to be at a comfortable level for the Reserve Bank. As a result, we expect the cash rate to be held at current levels for now.