What the new free trade deal with India means for Australia

A huge increase in business between India and Australia is expected over the next decade under a new trade agreement signed with the world’s fastest-growing economy over the weekend.

As Australia looks to reduce its reliance on trade with China, Prime Minister Scott Morrison has outlined plans to triple exports to India by 2035, with restrictions lifted on key exports like coal and education.

Mr Morrison said the deal, which still needs approval from the World Trade Organisation and Australian Parliament, could deliver a $14.8 billion annual boost in revenue for Australian exporters.

But experts said although the deal would strengthen trade and diplomatic relations with India, it was too small to make up for the devastating trade sanctions imposed on Australia by China.

And in key commodity markets like coal, Australia has already found new buyers and has little room to export more to India.

For context, the China trade is valued at more than $246 billion a year.

Coal and educational services account for the majority of our trade with India, with smaller industries like gas, tourism and other metal ores making up the remainder.

The Coalition wants India to become our third-largest trading partner by 2035, which would mean at least a tripling of exports within 12 years to rival that of Japan.

With that in mind, the deal will eliminate tariffs on 85% of Australian exports to India, including:

The most significant of these goods is coal which was a $7 billion business during 2020, as the table below demonstrates. 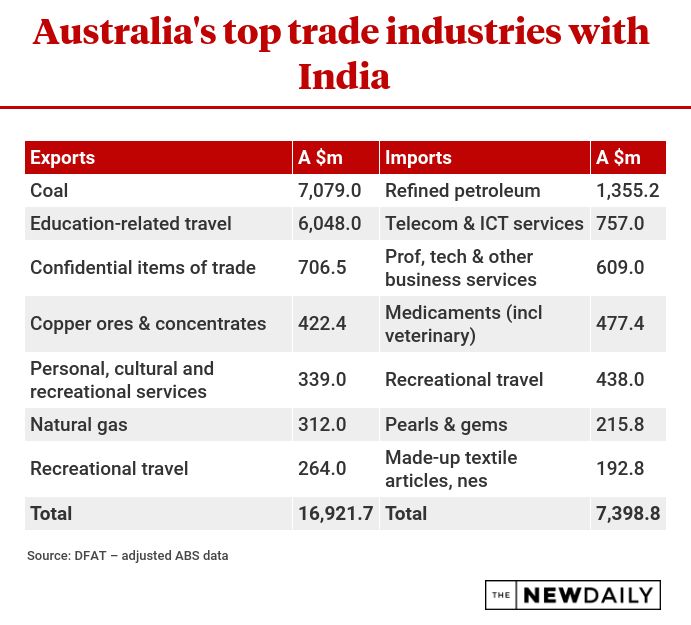 As for services, the deal has focused largely on expanding education and training exports. It includes:

Indians spend $6 billion a year on education-related travel to Australia, making it Australia’s second-largest export to India after coal.

Expanding access for Indian students could therefore deliver a major revenue boost for Australia, which has also agreed to eliminate 96% of its tariffs on imports from India, while considering more than $1 billion in foreign investment proposals.

What the deal means for Australia

Experts said the deal would boost Australia’s trade with India but fail to offset the full effects of its frosty relations with China.

China slapped trade restrictions on more than $20 billion of Australian exports in 2019 amid growing diplomatic tensions between Canberra and Beijing.

Goods like coal, timber and foods were hit, costing affected industries about $5.4 billion in just 12 months, according to recent Treasury estimates.

A slashing of tariffs on Australian trade to India is therefore good news for industries hit by trade sanctions, but Griffith University’s Professor Ian Hall said India would never replace China’s role in propping up the national terms of trade. 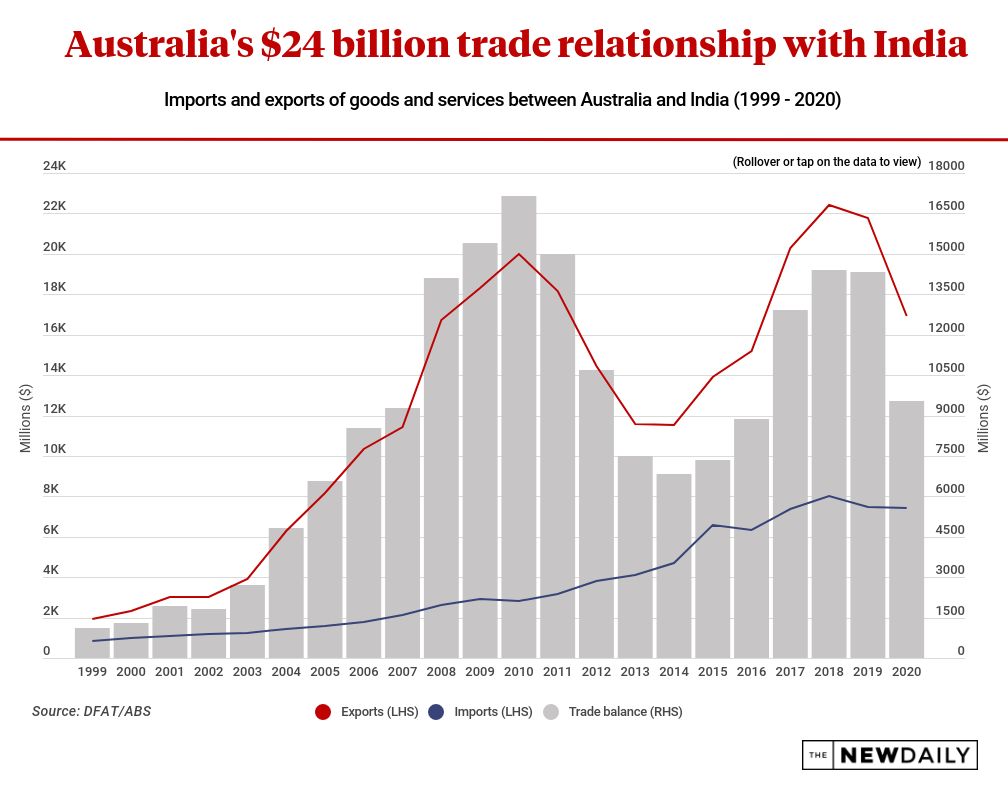 “I don’t think it [the deal] will boost Australia-India trade anything like Australia-China trade, simply because India doesn’t need as much of what Australia produces,” Professor Hall said. 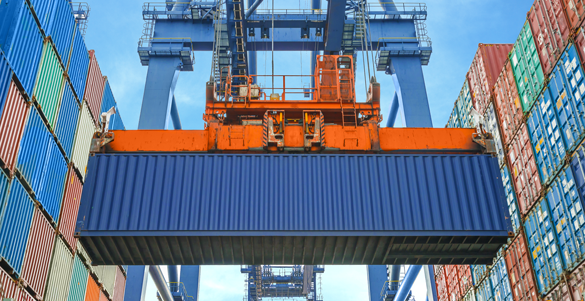 But he said the scope for increases in this trade is limited because the market is already near capacity amid a boom in prices internationally.

“Australia is going to struggle to supply those incremental tonnes unless we start to see coking coal demand from some of the other major buyers move away,” Mr Dhar said.

Economist Saul Eslake said Australia’s trade with India has been fairly small historically and the free trade deal is unlikely to raise its significance to anything like the levels of that with China.

“I suspect whatever benefits do come out of this ‘interim’ deal or out of the ‘final’ one, if it’s ever reached, will be pretty small beer,” he said.

But Professor Hall said the deal is still significant, not least because it’s only the second trade deal agreed to by the government of Indian Prime Minister Narendra Modi, which has been in power since 2014.

“It should be noted that this is meant to be the first of two deals and so it addresses areas that are relatively unproblematic,” Professor Hall said.

“Other issues — including access to India’s market for Australian dairy and wheat producers, as well as service industries — have been left for more negotiations in coming months and years.

“It’s a sign of diplomatic goodwill, of how strong the bilateral relationship has become over the past decade.”

In terms of the benefit for Australian consumers, Mr Eslake said cheaper imports from India should flow from the deal, though these industries are fairly small.

Master Builders Australia says small builders and tradies are suffering "a severe cost and cashflow crunch" and it is urging the major parties to make an economic plan for the flailing construction industry.

The money from the budget is expected to help build Australia’s intelligence, defensive and offensive capabilities.