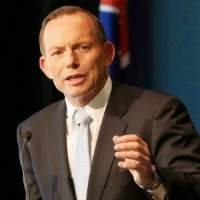 Startups and small businesses that supply their employees with portable devices like laptop and tablets will no longer need to pay Fringe Benefits Tax (FBT) on either device.

Previously, businesses may have been unable to obtain a FBT exemption on such devices because a laptop and a tablet could be considered to have “substantially identical functions”. So a startup that supplied an employee with an Apple Mac and an iPad would need to pay Fringe Benefits Tax on one of those two devices.

The exemption will apply from April 1 2016 to small businesses and startups with an aggregated annual turnover of less than $2 million that provide employees with more than one qualifying work-related portable electronic device, where the devices have similar functions.

According to budget papers, the measure is expected to have a small but unquantifiable impact on the budget. The measure is a small part of the government’s $5.5 billion Growing Jobs and Small Business package.

In his budget speech, Treasurer Joe Hockey said the policy is “just common sense in the digital age”.