From cookbooks to cooking the books: Why it’s time for a TV show called Master Economist 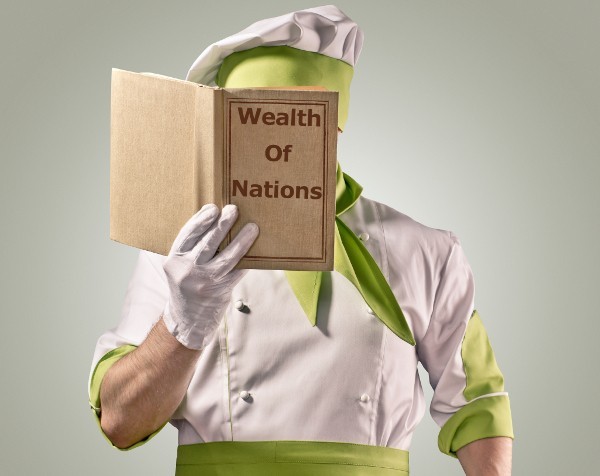 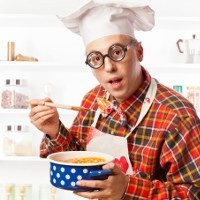 In examining why so few people bother to take more than a cursory look at their finances, it is instructive to consider an illustration that might at first seem at an odd tangent from a discussion of economic policy, finances and financial planning.

In recent years television has produced a boom in wonderfully entertaining cooking shows. One is the Ten Network’s Masterchef. In this show otherwise ordinary people with a lot of interest, and possibly a bit of talent, use their skills and knowledge to cook what are often weird and wonderful meals. They do this with direction and advice from some of the best chefs in the world.

Often the contestants do a remarkable job. Sometimes they match the finesse of Heston Blumenthal or the flair and creativity of Gary Mehigan. The contestants’ sense of euphoria and accomplishment when they cook a great dish that the judges enjoy and rank highly is palpable. But more often than not these incredible highs are not realised; the wannabe chefs fail to cut the mustard and their dishes are judged to be merely so-so.

There is drama when the truffle-infused beetroot risotto is overcooked and gluggy, or when the duck breast turns out to be raw inside despite the crispy skin. Sometimes the contestants are too slow at ‘plating up’, forget to drizzle the jus or misjudge the seasoning of the quail compote. These mistakes cost them dearly when it comes to qualifying for the next round or gaining that all-important immunity pin. But the judges, the masterchefs themselves, are there to guide the contestants on what went wrong, making sure that the next time they step up to the hot plate, their earlier mistakes are not repeated.

We might apply the Masterchef principles regarding effort, teaching and learning, and even entertainment, to our own economics and finances. There are, or at least there should be, similarities between planning for and preparing a meal and planning and preparing a business plan or investment decision. We know that every day businesses fail despite the best efforts and endeavours of those involved. Business results will often fall well short of the principals’ objectives and dreams. This is because the people running the businesses and making the investment decisions are not the equivalent of the TV masterchefs.

Despite the crushing dismay of the contestants who are sent to the elimination challenge, in the real world a dodgy apricot chicken dish really doesn’t matter all that much. For those who get through to the next round there is always tomorrow night to attempt to cook that restaurant-quality meal. When contestants do cook the equivalent of a dog’s breakfast and must leave the show, tears are shed, there is a convulsion of bitter disappointment, but invariably they go home vowing to learn from their experience.

Many go on to start a restaurant, café or catering business, using their newfound experience to embark on a new career. And the families of the Masterchef contestants will enjoy many culinary treats in the weeks and months after their loved ones leave the show and try out their new skills in the kitchen at home.

Of course, failures among Masterchef contestants have never triggered a recession or driven unemployment higher, nor have they increased economic inequality through a poor decision on tax reform or regulation of financial service advice. None of these culinary deficits have ruined the environment at a great cost to future generations. No one who forgot to plate up the port wine jus has lost their life savings as a result or been financially crippled by one of the few dodgy financial planners around the country. Nor have they implemented policies that trigger mass job losses or an inflationary spiral. Saucepan errors are only about fancy food not turning out to be fancy after all. Nothing more serious than that.

Which begs the question: why is there not a show called ‘Master Economist’? Or ‘Master Financial Planner’?

Let me make the case.

Contestants on such a show, and a few million viewers who might watch it, would soon become engrossed, I reckon, in seeing how their economy and the financial markets work. Imagine, they could be treated to a heated discussion between Westpac’s Chief Economist, Bill Evans, ANZ’s Warren Hogan and BT’s Chris Caton on the commodity supercycle. Or they could watch and learn from AMP’s Shane Oliver, NAB’s Alan Oster and Commonwealth Bank’s Michael Blythe as they discuss why the global growth cycle and commodity price swings will matter for the Australian economy. Think about it. They could see Mark Bouris, Alan Kohler and Marcus Padley go head to head on superannuation investment strategies and the benefits and pitfalls of investing in property, stocks, bonds or international markets.

How exciting would that be?

Imagine a masterclass with ex-Treasury and Reserve Bank of Australia officials such as Ken Henry, Bernie Fraser, Martin Parkinson or Ian Macfarlane talking about how they pulled the policy levers to reform our economy or how they reacted during the global financial crisis to make sure Australia did not fall into recession. What about having Gina Rinehart, Gail Kelly, John Symonds, James Packer or Frank Lowy talking about their business successes and how they did it? What a winner!

The prospects for this show are getting better and better.

But there’s more. Let’s throw in a few academic economists to round it out. Steve Keen could go on about the debt crisis and why we all will eventually be ruined because of debt. Warwick McKibbin could give some insights into the workings of the RBA, Australia’s central bank, citing his experience on the Board and action on climate change, while John Quiggin could reveal his thoughts on income distribution and wealth, and why inequality is a severe handbrake on economic growth. Let’s also see what Bob Gregory has to say about the labour market and why Australia cannot enjoy a 3 per cent unemployment rate with current policy settings.

The list of possible talent for the show is a mile long.

If this is not potentially as entertaining as the pressure test cook- off on a wagyu beef and pickled pear tartlet, I don’t know what is. Participants and viewers could get to see world-class economists, policy leaders and financial experts discussing and debating the things that matter to every viewer’s financial wellbeing. And they would all come away from such a show knowing the trade-offs in the policies our politicians need to implement for economic growth, jobs, wealth and financial fairness to be delivered.

Viewers would no doubt get to understand why economists, or at least some of us, are delighted with a strong retail sales report or are dismayed when the government fails to implement a policy change on taxation—for example, where the long-run benefits to the economy are obvious, but the political risks are considered to be too high. Viewers could see the trade-offs involved when government policy is set. Instead of wondering whether the lobster is overcooked, the master economists and contestants could work out what it might mean for Australia and our individual finances if the economic policymakers overcook the economy so inflation runs higher for several years, or if the RBA fails to cut interest rates when growth is too weak so the unemployment rate moves higher.

In much the same way that we marvel at the ability of some Masterchef contestants as they reveal a near-perfect croquembouche, watching ‘Master Economist’ would give viewers insights into why the federal budget matters, why it is important that they think about their own business plan, superannuation, mortgage and personal finances as they move through life. It might even make some of them want to investigate whether any of that $18 billion in unclaimed superannuation money is theirs.

We might present a special challenge for our ‘Master Economist’ contestants: How do you deal with a budget deficit? What has led to the deficit? Which taxes should be hiked and which areas of government spending cut if we are to move back to a budget surplus? What are the consequences of raising the goods and services tax, for example, and how could the extra revenue for the government from such a tax hike alter the nation’s finances? What to do about government spending cuts? Defence is an easy option to cut, especially considering those expensive submarines being built in South Australia…or is it? What are the implications of making such a cut? What would it mean if the ‘Master Economist’ contestant advocated a cut in spending on education? Sure, it might see the budget move to surplus in the next few years, but what about over the longer term when Australia is left with a poorly educated, low-skilled workforce?

I could go on!

These are the sorts of questions policymakers in government confront every day. Little wonder it is a tough job, or that when a decision is made some sectors of the community will feel hard done by—and will voice their views—while others will delight in the government’s largesse.

Stephen The Kouk Koukoulas is one of Australia’s leading economic visionaries, past Chief Economist of Citibank, heading global research in London for TD and Senior Economic Advisor to the Prime Minister, Julia Gillard.

He is managing director of Market Economics, a macroeconomic advisory firm and advisor to Dun & Bradstreet.

His most recent book, Myth Busting Economics was published last month by Wiley.