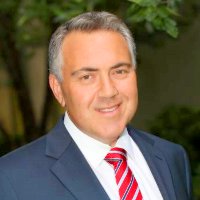 The G20 finance ministers, who have been meeting in Sydney this weekend, say economic grow is still below the rate needed to get people back into jobs.

In a statement released at the conclusion of talks, the ministers and central bank governors pledged to “develop ambitious but realistic policies with the aim to lift our collective GDP by more than 2% above the trajectory implied by current policies over the coming 5 years”.

Treasurer Joe Hockey said boosting investment would create growth and jobs. “There is much we can do to remove constraints to private sector investment by establishing sound and predictable policy,” he said.

The Treasurer had pushed for a concrete target to be adopted in the weeks leading up to the Meeting of Finance Ministers and Central Bank Governors, the first in a series of meetings scheduled in the lead-up to the G20 Leaders Summit in Brisbane in November.

The ministers also recognised reliance on monetary policy to stimulate economic growth should be reduced. The communiqué was relatively silent on the role of debt, noting it should be put on a “sustainable path”.

Other previously adopted measures were restated. The ministers called on the United States to ratify the IMF reforms that would change the portion of votes given to each member, and reduced the US vote, that have languished since 2010. Mr Hockey confirmed there was “deep disappointment” the process hadn’t moved faster.

An automatic exchange of tax information was again endorsed after originally being taken up last year in St Petersburg. That move was foreshadowed at the Institute of International Finance forum that took place earlier in the week.

Most G20 meetings are talk-fests. This one was no exception. But what goes unmentioned is often more important than what is discussed. For the first time in its short history, the G20 has established a growth target, 2% (or $2 trillion-plus) above current forecast trajectories.

Joe Hockey credited this outcome to Australia’s leadership of the G20. However, analysts at investment bank JP Morgan were critical last week of establishing growth targets – effectively, these are wish lists – over which governments have little or no control.

Second, the communiqué criticised the lack of progress on the 2010 IMF reforms, which would give China and other emerging powers more voting power in the IMF. Washington has blocked these reforms persistently, although the Europeans and Japanese are not keen to see their voting positions diluted.

Passing the 2010 reforms would give China 6%, making Beijing the third-largest player in the IMF, behind Japan and the US. However, the US would remain a veto player (85%-plus is required for any major IMF reform).

Third, the most important point was buried well down the list: the impact of Base Erosion and Profit Shifting (BEPS). This allows multinational firms, such as Google, Apple and Microsoft to minimise tax obligations in the country of operations, while shifting taxable revenues to alternative jurisdictions.

In most cases, profit shifting is entirely lawful. However, the consequence has been a gradual diminution of the taxation base in many OECD countries.

BEPS has long been an issue for the G20 and G8. However, it is also hypocritical for G20 countries to maintain the fiction of international taxation cooperation, when states continue to compete for investment and capital flows by deliberately creating tax rules and jurisdictions that routinely circumvent taxation agreements.

But the G20 has not shown it is serious about confronting this issue. The British Virgin Islands, Monaco, Liechtenstein, Luxembourg, the Channel Islands and Cyprus are among the many tax havens for firms, individuals and criminals alike. Ireland is a corporate low-tax jurisdiction. Even OECD members Belgium and the Netherlands act as clearing houses for hundreds of billions of dollars annually via the use of Special Purpose Entities.

The communique was ominously silent on the Basel III banking accord, which many central bankers regard as too stringent and damaging to growth. Basel III was introduced in 2010 to reduce myriad forms of dangerous, thinly-capitalised leverage that characterised over-leveraged global banks in the pre-GFC era.

European central bankers, behind closed doors, have backed away from Basel III, fearing their banks’ vulnerability, as well as the structures upon growth a more disciplined financial regime could bring.