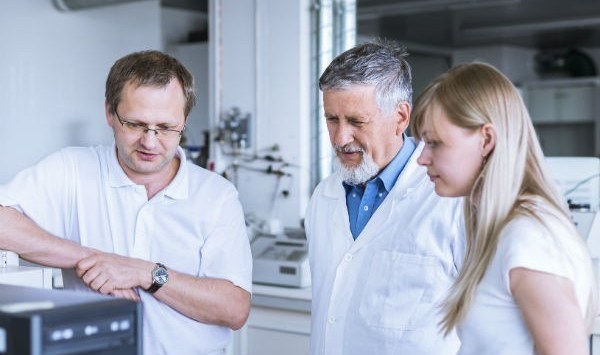 Perhaps it’s because spring has arrived, but the change of government seems to have brought new life and more optimism to Australians. Many people – from university colleagues and taxi drivers to wait staff and cleaners – have remarked that they are tired of doom and gloom, and are heartened to hear from our new prime minister that “there’s never been a better time to be an Australian”.

There are three business imperatives for our government leaders to consider as they set out to fix and grow the economy.

Leaders, whether in business or government, are required to articulate a vision and engender confidence that it’s possible to achieve that vision. Painting a clear picture is necessary but not sufficient. With it must come strategies, goals, tactics and actions for achieving that vision within a reasonable time frame.

Once the plan is developed, the team needs to execute and achieve results. And if the outcomes are better – or worse – than expected, they need to talk about why, and about what they have learned.

2. Recognise that education is the key to our future on many fronts

There’s a growing recognition that we do not have enough students graduating in science, technology, engineering and maths (STEM).

The problem cannot be fixed at the university or even the TAFE level. We need to change the way we educate our children and encourage them to be curious, to experiment and to ask “Why?” We need them to believe that STEM careers are exciting and rewarding.

Universities: To bring universities and business closer, why shouldn’t every student be enabled to have work experience in a company, or a shot at creating their own company? This is one approach being taken at the University of South Australia. The Innovation and Collaboration Centre co-funded by UniSA, Hewlett Packard and the South Australian government is another example.

Founders: Startups need to be taught how to scale up. Co-location facilities are places where people “test out” whether they really want to be in business, or set up business as a sole proprietor. Although it’s great to have a place to test one’s appetite for risk and the will to start a company, Australia will not be able to grow if we are a nation of sole proprietors. So we need to do a better job of teaching startup founders how to grow companies, and enable them to transition from founder to CEO and build companies that create jobs.

CEOs: Established CEOs also need to learn how to grow companies. Too many have grown to a certain size and aren’t sure what to do next, so they plateau and try to protect what they have. The good news is that CEOs can be taught how to grow. Case in point: after nine months in the UniSA Centre for Business Growth’s program, participating companies’ revenues increased 24%, profit by 29% and they created jobs.

Angels: We need to encourage and teach people to become angel investors. There’s a myth that US companies are successful because they get venture-funded. Actually, less than 1% of the companies in the US receive venture capital!

In 2013, while 548 active venture capital (VC) firms were investing not quite US$30 billion, nearly 300,000 angels were investing US$25 billion. Angels invested in 16 times as many deals as VCs (71,000 vs 4,050), including 300 times as many seed stage deals and over 20 times as many early stage investments. Educating and encouraging more people to be angels should have a very positive impact on the numbers of startups that are able to grow.

Australians who have money can choose to consume or invest. But it’s worth noting that in Silicon Valley it’s now more prestigious to have a successful seed investment than to drive a Ferrari. We need to make it “cool” to invest and mentor promising companies in Australia.

Education is not a quick fix and unfortunately we don’t have much time. The rest of the world is running faster and we need to as well. We will need to prioritise, set goals, allocate resources, execute, measure and report progress.

Measure activity, productivity and outcomes: How many courses are being offered and how many students, CEOs or angels are enrolled in each of these? How many students transition to STEM-related university majors or jobs? Measuring outcomes or results entails looking at the numbers of STEM graduates, additional jobs created, increase in the numbers of growth companies, more university or CSIRO technologies commercialised by Australian companies, growth in angel investments and increase in numbers of companies receiving venture funding and growing. And when we have proof that we are growing, we need to be just as excited as our children are when they discover they have grown several inches since the last time we measured their height.

Communication: The media have an important role to play in amplifying the message, but everyone needs to understand that not all ventures will succeed – and that’s to be expected. The list of reasons why companies fail is very long, and the odds are high that many will fail. The fact that entrepreneurs continue to start companies is a testament to optimism. We need them to continue, and we need to celebrate and support “the man in the arena” who steps into the ring and gives it a try, and not take shots at him or her if or when they fall.

Australia is at a crossroads, a unique moment in time. We have the power to shape our future, but we must act. Balancing vision and execution, recognising the important role education plays in the knowledge economy and measuring and communicating progress are three imperatives for the new government to consider as it works on fixing the economy.

Australia’s new prime minister, Malcolm Turnbull, has announced what he calls a “21st century government”. This article is part of The Conversation’s series focusing on what such a government should look like.