In an Airbnb world, we need to measure productivity differently 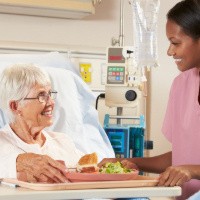 The latest report on Australia’s productivity performance wasn’t good news. The annual update by the Productivity Commission confirmed Australia continues to lag most other developed economies, and has done so now for more than a decade.

Our productivity woes are blamed – by the Productivity Commission and others – on a range of factors, from falling terms of trade as the commodity prices boom fades, the high Australian dollar and natural disasters, through to poor management skills. Even our labour-intensive artisan bakeries and small vineyards get a mention.

What’s needed is the transformation of our national productivity, underpinned by value creation through intangible resources – rather than unprocessed raw materials – and driven by a coordinated, strategic approach to productivity and management.

The reality is we produce services, not just widgets, so it’s time to put the P into productivity – in the form of people.

My just completed research into productivity for service and network-based firms shows that a paradigm shift is required. The traditional input-process-output production model is reductionist and outdated. Instead I propose new measures that incorporate customer input and technology integration, both of which play a critical role in the modern firm’s productivity.

A multi-level approach to productivity. Author

Productivity is not flat

Manufacturing processes are built for scale, with goods production largely standardised, produced away from the market and with little direct customer input. Service, on the other hand, relies on interactions between people, technology as an enabler and greater use of networks. This changes the dynamics of how we work.

Let’s go to the health sector for an illustration. “Lean manufacturing” principles are often applied to hospitals, with the aim of getting patients in and out within, say, four hours. But is a person with a head injury or someone having a heart attack the same as a car being assembled using standardised parts, in a fixed and measured time? The truth of the matter is hospitals require very skilled staff who can collect, analyse and synthesise data from people and technology, processing this in real time to make decisions with life or death consequences. That’s hardly the same as assembling 100 Toyota Camrys.

The role of the customer is another aspect affecting productivity. You can produce a car without a customer – but try to deliver a service with no customer. The customers and their input into the service delivery process is fundamental to service firms, which now account for more than 85% of gross domestic product and employ over 85% of Australia’s workforce. Increasingly, organisations are using self-service technologies and online tools to co-create services with customers. The customer helps to create value. Think of Apple’s App Store, where people who were once just customers are now also app developers.

In a sharing economy, in an era of collaborative consumption, consumers buy from consumers via enablers such as accommodation portal Airbnb and share-ride service Uber, placing customers as competitors to traditional businesses.

This customer input into the service delivery process fundamentally changes the nature of how “value” is created, captured and appropriated. But customers and customer input is not included in the current productivity equations despite being a “factor of production”.