Industries set to fly and fall in 2015 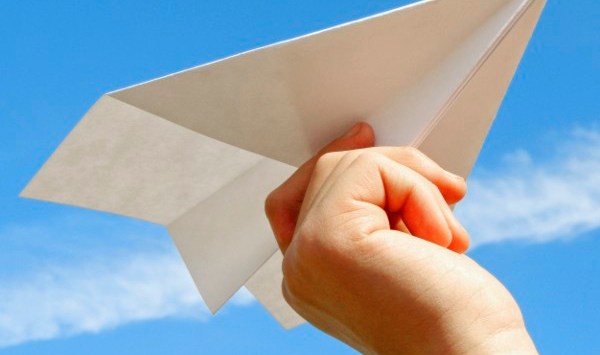 As Australian companies enter the new year, IBISWorld reveals the five industries expected to soar and the five expected to sink.

Business information analysts at IBISWorld expect 2015 to be a boom year for a wide array of industries. Coal seam gas extraction will provide the benchmark for others to chase, with online grocery sales, fast fashion, private equity and hydroponic crop farming also expected to soar in the coming year.

While some industries are set for a bumper year, there are many that will be dreading the year ahead. Petroleum exploration is tipped to be the biggest loser in 2015 as oil prices plunge, while mining and construction machinery manufacturing, cigarette manufacturing, motion picture and video distribution, and electricity distribution are all expected to endure a difficult year.

The coal seam gas extraction industry is undergoing a significant transformation. Industry revenue is forecast to rise by 148.0% over the next year, to reach $1.83 billion. While coal seam gas projects have become more viable due to new and improving extraction techniques, it is the development of export capabilities that is expected to drive rapid industry growth.

The opening of the domestic east coast gas market to the international market is expected to push gas prices higher – particularly as Australia is well-positioned to meet strong demand from Japan, China and South Korea, which are the world’s three largest natural gas importers.

Such a phenomenon is anticipated to occur for online grocery stores in 2015, leading to revenue growth of 14.6% for the year. While grocery shopping is not a difficult undertaking as there are supermarkets scattered across all pockets of the country, time-conscious consumers are increasingly realising the benefits of online grocery shopping.

The increased prevalence of click-and-collect options and greater comfort with purchasing perishable items like fresh fruit online are expected to boost industry revenue over the coming year.

Fast fashion stores are expanding rapidly across Australia. While the industry was previously dominated by Australian mainstay Cotton On, international operators including Zara, Topshop, H&M, Uniqlo and Forever 21 have taken the country by storm. Zara is expected to continue its phenomenal growth, while 2015 will be the first full calendar year of Australian operations for H&M, Uniqlo and Forever 21, leading to projected industry revenue growth of 10.4% over the year.

Zara posted exponential revenue growth with extremely high retail profit margins over its first three years of operation in Australia, and IBISWorld expects this growth to continue in 2015. The rousing success of the grand openings of H&M and Uniqlo in Melbourne in April 2014 is expected to result in similar growth for these stores, which will generate significant growth for the overall fast fashion industry.

2014 was a highly successful year for the private equity industry, which is expected to achieve similar prosperity in 2015. Private equity firms generate revenue from management fees paid by outside investors and the gains made on investing their own funds.

Merger and acquisition (M&A) activity is expected to rise in 2015. As private equity firms will play a key role in upcoming M&A deals, this should result in growth in management fees earned and potential investment returns, ultimately leading to forecast industry revenue growth of 10.1% for the year.

Growth in M&A activity in Australia coincides with greater global interest in M&A, as Europe and particularly the United States are emerging from a prolonged period of crisis and subdued growth.

Hydroponic crop farming holds a relatively small place in the overall scheme of Australian agricultural production, but is undergoing strong and steady growth. Water conservation is the driving force behind hydroponics, as hydroponically grown produce typically uses only one-fifth the amount of water that soil-grown produce requires.

Rising capacity in the hydroponic crop farming industry should meet sustained demand from retailers and consumers in 2015, and lead to revenue growth of a forecast 5.6% for the year.

The world price of crude oil is plummeting due to an enormous supply glut spurred by overproduction from members of OPEC, the United States and Russia. The severe crash in oil prices means that the investment returns available from petroleum exploration activities are drastically reduced.

Exploration projects have therefore become far less viable for Australian firms, particularly as the stock prices of such firms have begun to dive. These conditions are projected to result in an 18.9% decline in industry revenue in 2015.

High oil prices have acted as an incentive for global companies to invest in petroleum exploration over the past five years. However, the subsequent oversupply is going to hamper exploration in 2015, as Australian firms are unable to compete with the low production costs and high production volumes from the world’s major oil producers.

The best-performing segment in the industry is expected to be natural gas exploration – but investment has already peaked for the segment, and additional gas extraction capacity will not be needed until export facilities become fully operational.

The loss of Philip Morris is forecast to result in an 11.1% revenue decline for the industry in 2015. Philip Morris held just over one-third of the industry’s market share. The loss of the company from the industry will be keenly felt as the number of companies manufacturing cigarettes and tobacco products in Australia falls from two down to one.

High regulatory barriers in Australia, requiring more stringent quality control, meant there were few export opportunities for the company’s local facility. Meanwhile, rapidly rising taxes on cigarettes and the advent of plain packaging have meant that smokers are increasingly buying cheaper cigarettes, such as those manufactured by British American Tobacco.

The cost of retail energy has surged over the past five years. Earlier projections of continued growth in electricity use per capita and rising peak demand led the industry to gold-plate electricity networks, and the Australian Energy Regulator (AER) allowed fees to rise to cover capital costs. A subsequent decline in the use of centrally generated electricity means there is a surplus of network capacity.

The AER has slashed revenue limits in New South Wales and Tasmania, as consumers have been paying for networks’ overinvestment. This is expected to result in an overall industry revenue decline of 10.0% in 2015.

The AER has cut revenue limits substantially for the three networks operating in New South Wales for 2015-16 – in some cases, by over 30.0% when compared with 2014-15. Similarly, Aurora Energy in Tasmania suffered a regulated revenue cut that will hit the industry in 2015.

The industry is further threatened by the increased use of small-scale electricity generation through solar photovoltaic panels, which could reduce demand for distribution networks as consumers go off the grid.

Demand for mining machinery has been driven by investment in new mines, along with mine expansion projects. Mining companies are expected to revise down their expectations of revenue growth during 2015, as the prices of commodities like iron ore have plunged. Demand for mining machinery is expected to fall as a result, leading to a forecast revenue decline of 6.1% over 2015.

The development of new mines, and the expansion of existing mines, generally requires mining firms to purchase new machinery, leading to revenue growth for mining machinery manufacturers. As the mining boom moves from its investment phase to a production phase, and as falling iron ore prices deter further investment, demand for machinery is likely to suffer in 2015.

Australian motion picture and video distributors have been hit with a barrage of new media formats and consumer behaviours that have made the industry less profitable and resulted in declining revenue over the past five years. Video-on-demand services are expected to boom in 2015, cannibalising sales of DVDs and Blu-ray Discs, which generate greater revenue. The continuous decline of DVD and video hire outlets, along with the negative effects of piracy, are projected to lead to a 3.7% dip in revenue in 2015.

The introduction of US-based streaming service behemoth Netflix, along with local entrants Stan and Presto, is tipped to be a win for consumers but a loss for distributors. Consumers will be able to pay monthly subscription fees to view a wide range of content, in contrast to paying a set price for each single film or TV show – which added up to a much larger hit to the hip pocket.