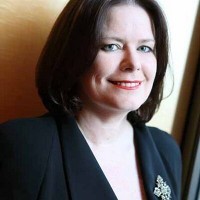 Industry groups are critical after being left off the federal government’s priority industry list.

The government has highlighted five industry sectors to support and make the focus of its policy-making as part of its Industry Innovation and Competitiveness Agenda, which was released yesterday.

The sectors are food and agribusiness, mining technology and services, oil, gas and energy resources, medical technology and pharmaceuticals and advanced manufacturing.

The tourism, information technology and education sectors are all critical of the government for being left off the list.

The Tourism & Transport Forum says the failure to prioritise tourism as part of federal government’s competitiveness agenda means Australia will miss out on the massive potential benefits of one of Australia’s key economic development strategies.

“It is deeply disappointing that the hard work and potential of the tourism sector has been given the cold shoulder by the federal government’s competitiveness agenda,” Margy Osmond, chief executive of the TTF, said in a statement.

But Jonathan Barouch, founder and chief executive of tech company Local Measure, told SmartCompany he’s not too concerned that information technology has been left out.

“I think tech companies can evolve from each of those [priority] industries selected,” he says.

“I don’t think you need a physical centre for startups as such.”

Barouch says he is hoping more support will be forthcoming for technology companies.

“It sounds like there is more to be announced as to how the government is going to support the commercialisation of startups as Commercialisation Australia has been cut,” he says.

“I hope we will hear more from the government but they do seem to be making all the right noises.”