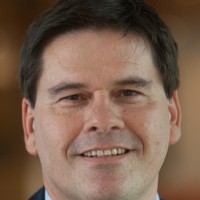 In a speech to be given this afternoon at the Australian Labour and Employment Relations Association conference, Willox will warn the government businesses are becoming increasingly impatient to achieve redress on industrial relations issues.

In a copy of the speech seen by SmartCompany, Willox deems the Abbott government’s first 12 months in office as a “period of slow progress”.

“One year of the government’s term has almost passed but the window for reform is narrowing,” says Willox.

Willox is expected to call on the federal government to repeal penalty rate legislation introduced by the Rudd government, arguing the laws make it harder for employers to negotiate the reduction of penalty rates in appropriate cases.

“Quite honestly, if something is not done about penalty rates soon, Australia will become totally uncompetitive with rest of the word,” says Zimmerman.

“If we don’t do this, this country will fall further behind.”

While Zimmerman says the hospitality sector this week had a small win on the issue, he says retailers are consistently complaining about being unable to trade on Sundays and says there needs to be urgent reform on the issue.

He says retailers are now paying more than 100% penalties to trade on a Sunday and believes inaction will lead to mass youth unemployment and retailers being forced to illegally pay “under the counter”.

Willox is also expected to ask the government to retain the existing paid parental leave scheme and not introduce its multi-billion dollar policy funded by employers.

But Strong says the blame for inaction on industrial relations reform does not necessarily rest with the Abbott government.

“The message for Palmer and the others is, we’ve had years of hung parliaments and inaction,” says Strong. “Business needs more certainty.”

Strong believes Palmer does not “get” small business and says he has repeatedly declined to meet with COSBOA.

In today’s speech, Willox will also address other industrial relations issues including union right of entry laws and changes to bargaining laws to promote productivity improvements.