Thousands of business owners in northern NSW faced a brutal clean up in the aftermath of the floods. Source: AAP Image/Jason O'Brien

As small businesses and homeowners recover from one of the costliest natural disasters in Australian history, the peak body for insurers has welcomed the creation of an environment ‘super’ department within the federal government, and the elevation of the Climate Change portfolio to Prime Minister Anthony Albanese’s cabinet ministry.

On Wednesday, Albanese announced his government will oversee a new Department of Climate Change, Energy, the Environment, and Water, a move helping to “deliver the government’s job-creating climate change and energy agenda and give Australia’s environment the protection it deserves”.

The new Labor government has also elevated climate change to a key cabinet concern, with the appointment of MP Chris Bowen as Minister for Climate Change and Energy.

The move represents a departure from the Morrison government’s handling of climate change, with the field largely sequestered under MP Angus Taylor’s energy and emissions reduction portfolio. 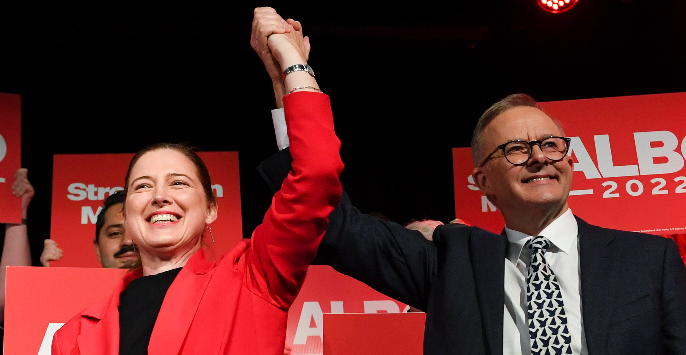 The changes were designed to facilitate Labor’s climate and resilience agenda, including its plan to reduce Australia’s greenhouse emissions by 43% of 2005 levels as of 2030, and its $20 billion plan to revamp the national power grid to facilitate more renewable energy generation.

But the shakeup also stands to benefit insurance policy holders and underwriters, according to the the Insurance Council of Australia (ICA).

“Insurers well understand the impacts of a changing climate, and so the return of the Climate Change portfolio and its position in cabinet under the able stewardship of Chris Bowen is welcomed,” the organisation said.

The ICA has also welcomed the elevation of Senator Murray Watt to Albanese’s cabinet, given his handling of the Emergency Management portfolio.

Honoured to join the 1st @AlboMP Cabinet as Minister for Agriculture, Forestry, Fisheries & Emergency Management. Thrilled to represent farm communities, rural workers & make us better prepared for natural disasters. Thanks to my colleagues for the opportunity to serve. Let’s go! pic.twitter.com/YIHY3Uf6Uq

When Australia went to the polls in May’s federal election, homeowners and business operators across northern New South Wales and southeast Queensland were still recovering from devastating flooding across February and March.

The real damage bill is likely far higher, owing to small businesses and homeowners choosing not to insure — or were priced out of coverage.

On Wednesday, the representative body for giants including IAG, Suncorp, QBE, and Allianz, declared it looks forward to working with the Albanese government on “improving the resilience of homes and communities exposed to extreme weather risk”.

“There are no shortage of issues confronting ministers in portfolios that relate to insurance, and the ICA looks forward to continuing our work with those minsters we know well and those new to our areas of interest,” ICA CEO Andrew Hall said.

Insurers are keen to work with Assistant Treasurer and Minister for Financial Services Stephen Jones on the rollout of the Northern Australian Reinsurance Pool, an insurance-for-insurers scheme which is designed to lower premiums and is backed by a $10 billion federal government commitment.

Queensland small businesses experiencing hardship as a result of the COVID-19 and recent flooding can now register for help via an appeal launched by the state’s small business commissioner and not-for-profit platform GIVIT.