Keep Calm and Carry On: Why an independent Scotland is unlikely to affect Australian businesses 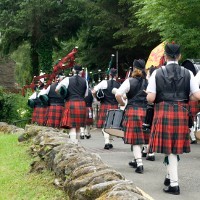 As the votes of more than four million Scots are counted for the country’s independence referendum, Australians continue to speculate as to whether a divided United Kingdom will have an impact on business Down Under.

But will a successful ‘Yes’ vote really result in fewer tourists to Australia or damage our export figures?

“The trade between Scotland and Australia is very minimal, so I don’t think it would have a great level of impact,” he says.

“There could be some fears of contagion to Catalonia and some other regions like Flanders and Belgium and a bit of break up with the euro, but that’s just pure speculation at this stage.”

Still, Harcourt says it is important for business owners to have a good understanding of political events around the world.

“You can’t ignore political developments – whether it’s Taiwan, Argentina or the UK you should be across it,” he says.

Harcourt says if anything, business owners should be paying attention to the potential economic consequences of an independent Scotland rather than a lot of the constitutional speculation that has hit the headlines.

“The difficulty in Europe has been whether a country has the right to have its own central bank and currency,” he says.

“It’s more whether you use the pound … does the Bank of Scotland take over from the Bank of England? I think that’s more important than what the queen does.”

Peter Mace, general manager of the Australian Institute of Export, told SmartCompany because Australian exports go to the UK as a whole it is hard to break-down exactly how an independent Scotland will affect local exporters.

“At this stage it is a wait-and-see situation,” he says.

However, Mace says Australian exports could be affected if a ‘Yes’ vote is successful and Scotland decides to adopt a different currency.

“That in itself would create an issue for exporters,” he says. “It is another set of foreign exchange risks exporters – and importers for that matter – would have to deal with.”

Bill Gibson, owner of the House of Scotland gift store in Melbourne, told SmartCompany he has not seen a rise in customers due to the independence bid despite Scottish expats of all ages being galvanised by the debate. He says he is personally against independence.

“I’ve always been no,” says Gibson.

“And if you’d ask me the question two years ago I would have given you the same answer. I’ve never felt splitting up the country would be a good thing – and when I was younger in Scotland I was much of a Scottish nationalist as anyone.”