Last month’s price growth dip the first since May 2013, so RBA will be content 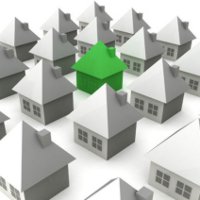 The RBA will be interested that national house values have fallen in May, as they have in each of the past three Mays.

Meanwhile construction is coming along nicely, with NSW taking the crown from Victoria as the national’s busiest new home market.

That means, other than the post-budget consumer blues, there’s little reason for the RBA board to do anything but issue their monthly minutes this June.

But Luci Ellis, the head of the RBA’s financial stability department, was spot on when she told the CITI Residential Housing Conference last month that there will be more periods where prices are falling a little in absolute terms in future property market cycles.

My RBA cash rate forecast gets published every month on finder.com.au.

Today’s RP Data Rismark Index indicated a national fall in combined capital city dwelling values by 1.9% over the month. Only Darwin and Canberra went up in May.

According to RP Data research director Tim Lawless, the dip can likely be attributed to both seasonality and more moderate housing market conditions.

Across most of the individual capital cities, dwelling values were also down over the month, led by Melbourne with a 3.6% reduction in values.

Sydney, which has been the stand-out performer, experienced a 1.1% fall in prices in May. Prices were up 2.2% over the past quarter.

In the May quarter Darwin was the strongest performer, up 5.5%. Melbourne was the weakest over the quarter. Brisbane prices were down 1.7% for the month but rose 2.2% in the quarter.

Prices in Perth and Canberra prices remain flat with little change over the May quarter.

“At some point there had to be a correction and it seems the Federal Budget caused people to pause and take stock.

“But the Reserve Bank will take the latest data on home prices in its stride.

“Auction clearance rates were still healthy over the weekend, so the drop in home prices may just be the pause that refreshes.

“In addition interest rates are low and there is evidence that the job market is improving.

“The Reserve Bank can still afford to stay on the interest rate sidelines – perhaps to late 2014 or early 2015,” James said.