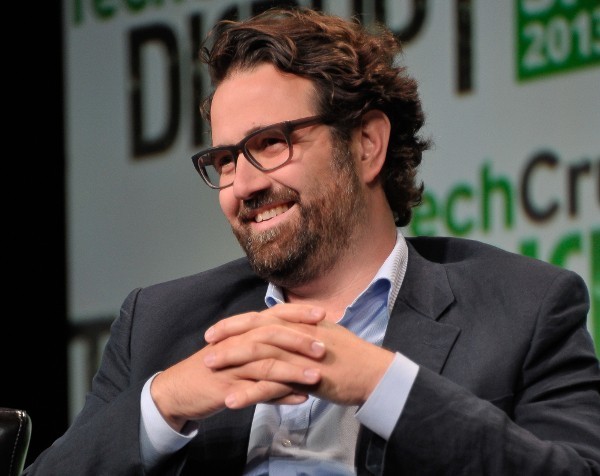 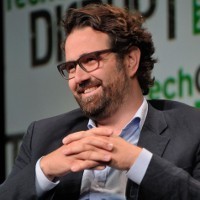 Zendesk began as a bootstrapped Danish startup with founders Mikkel Svane, Alexander Aghassipour and Morten Primdahl running the business out of their loft. In his new book, Startupland, Svane reveals how the trio grew Zendesk from a startup to a business with 1000 staff and 50,000 customers.

In 2014, Zendesk listed on the New York Stock Exchange becoming a “unicorn” business on paper, worth more than $1 billion. Here are Svane’s tips for making the journey from cash-strapped startup to unicorn:

Svane named his first business Caput which means ‘the head’ in Latin. “Of course it also sounds like kaput – or ‘no longer working’ which was kind of cute in the beginning but in retrospect of course it’s a terrible, terrible name,” he says.

The business originally began life as ‘Thank You Machine’, which Svane says they thought was a “super cool” name.

But it was ditched as “too weird” and the trio settled on Zendesk to highlight the philosophy of the business to be elegant and bring peace of mind to customer support in an enlightened way.

“Later we discovered we could build a whole story and universe around the name and it made sense,” Svane says.

2. Money isn’t only in your bank account, it’s in your head

Starting up Zendesk, Svane and the other founders had to survive on credit card debt without salaries.

“The thing about money is, it’s happening in your head. Everyone processes it differently. People can live with different risk profiles,” Svane says.

At one stage Primdahl decided he needed to draw a salary while there was no cash for Svane and Aghassipour to do the same.

“You have to accept that and not let it come between you. You have to be realistic,” Svane says.

3. How to turn down money

At an early stage Zendesk turned down a lifeline from an investor because he wasn’t the right fit.

Svane says he learnt an important lesson in this experience and one that influenced all investor decisions he has made since then.

“There is a vast spectrum of investors. Professional investors are extremely aware of the fact that they will be successful only if everyone else is successful.  Great investors have unique relationships with founders, and they are dedicated to growing the company in the right way. Mediocre and bad investors work around founders and the company ends in disaster.”

In retrospect Svane says “we dodged a bullet by saying no to that money, though it wasn’t an easy decision”.

4. How to raise money from family and friends

The Zendesk founders had to turn to family and friends in the end to raise capital a move, which Svane says “was a last desperate action”.

But if you are so desperate that you have, he advises setting low expectations.

“Make it like a Scratchcard lotto game – something that is fun, but most likely just a waste of money,” he says.

“Don’t give any influence in return. People are unsophisticated in this area. They don’t know how to run a business, invest aggressively or take risks.”

Svane says you must prepare yourself mentally for disappointing a lot of people.

5. How to foster a relationship with a VC

Getting Series A funding through Devdutt Yellurkar, a partner at the venture capital firm Charles River Venture, triggered Zendesk’s expansion and move to the United States.

Svane and his co-founders agonised over the deal but were swung by Yellurkar’s understanding of their business and them.

“A relationship with a VC is a marriage,” Svane says. “You want to be able to expose yourself 100% to them, and you will. And you want to be able to do that without fear of retaliation. Have them look you in the eye and tell you they love you – and say it so you believe them.”

6. Your first hires are critical

Svane says the first hires you make as a business are the most important ones you make.

“They may not all stick around, but those who do not only will set the initial path for the company, but will also help establish the initial voice and style of the company. They will become the platform for company culture,” he says.

He paid as much as he could to ensure he got the best people who were the best fit for Zendesk.

Svane has an “unconventional (possibly illegal)” hiring checklist: hire athletes, travellers, women, people who are not offended by swearing and people who are “humble – never cocky”.

“You have to hire for attitude,” Svane says. “All the other stuff people can learn. Attitude is something you can’t learn.”

7. The secrets of customer support

Svane says there are a few “tricks to the trade”; firstly, make it personal.

“Our fancy, perfectly crafted emails didn’t get responses. Then we made them simpler, added one handcrafted sentence and added spelling errors – and they got a higher response rate. People realised it wasn’t an automated email but a message from a real person and they responded to that,” Svane says.

According to Svane, it doesn’t really matter how you interact with a trial customer, the fact that you interact is what matters.

“We could quickly see a direct correlation between response rates to our emails and conversions to customers,” he says.

Svane’s tips are that you shouldn’t ever spend more than 10% of your revenue run rate on building out your offices.

He says you need to watch out for “startup style” and ask whether you really need a giant slide, table tennis or an office dog that smells, barks, pees or is slightly aggressive.

In any event, “you’ll move within a few years,” he says.

9. Know when to apologise

Zendesk came under fire from customers in 2010 after it raised prices and Svane had to reverse the decision and write an apology blog post.

“Relationships are not about reasoning; they are about how people feel,” he says.

“It is not about who’s right and who’s wrong. It’s about spending time listening to each other and respecting one another’s viewpoint even when you think the other person is wrong.”

Particularly when it comes to pricing, Svane says Zendesk learned that you don’t raise your price for an existing product for existing customers.