Now the real international fight begins for the TPP 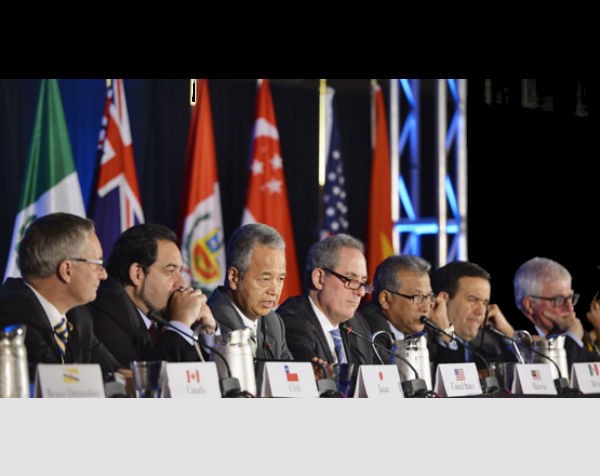 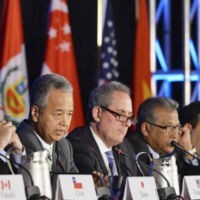 “After more than five years of intensive negotiations, we have come to an agreement that will support jobs, drive sustainable growth, foster inclusive development, and promote innovation across the Asia-Pacific region … The agreement achieves the goal we set forth of an ambitious, comprehensive, high standard and balanced agreement that will benefit our nation’s citizens … We expect this historic agreement to promote economic growth, support higher-paying jobs; enhance innovation, productivity and competitiveness; raise living standards; reduce poverty in our countries; and to promote transparency, good governance, and strong labor and environmental protections.”

But there has been fierce criticism of the Trans-Pacific Partnership, because of both its secrecy and its substance. Nobel Laureate Professor Joseph Stiglitz has warned that the agreement is not about free trade, but about the protection of corporate monopolies. The intellectual property chapter provides for longer and stronger protection of intellectual property rights. The investment chapter provides foreign investors with the power to challenge governments under an investor-state dispute settlement (ISDS) regime.

The environment chapter is weak and toothless, and seems to be little more than an exercise in greenwashing. The health annex — and many other parts of the agreement — strengthen the power of pharmaceutical companies and biotechnology developers. The text on state-owned enterprises raises concerns about public ownership of postal services, broadcasters and national broadband services. Bernard Keane explains what this means for Australia in today’s Crikey.

Presidential candidate Senator Bernie Sanders has promised to oppose the deal, stressing that it was a victory for the wealthiest 1%: “Wall Street and other big corporations have won again,” Sanders maintained. “We need trade policies that promote the interests of American workers not just the CEOs of corporations.” Labour unions, environmental groups, public health advocates and digital rights defenders have all lambasted the trade deal.

Overall, Obama’s legacy may well be tarnished by his investment in the Pacific Rim trade. As a candidate, Obama promised political change and the revision of the North American Free Trade Agreement to support progressive fair trade. But as President, he has been responsible for the passage of the plutocratic, Republican-supported TPP.

In Canada, there has been much controversy over Stephen Harper’s Conservatives negotiating the TPP during a caretaker government. Dairy farmers protested against the trade deal outside Canadian Parliament in Ottawa, with cows and tractors. Canadian Trade Minister Ed Fast has defended the necessity of continuing the negotiations during the Canadian election, and Prime Minister Stephen Harper has been promoting the TPP at election rallies under the banner “Protect Our Economy”. But political opponents are not as enamoured. While supporting free trade, Justin Trudeau of the Liberal Party has complained about the secrecy of the deal. The New Democratic Party’s Thomas Mulcair has said that he will not be bound by Harper’s secret trade deals, and has maintained that the TPP will undermine family farming, auto workers, public health and local content rules for Canadian culture.

In New Zealand, Prime Minister John Key has been spruiking the TPP, saying that it will help Kiwis export goods overseas. His Trade Minister, Tim Groser, was somewhat more outspoken during the talks, saying: “We had to swallow dead rats to get this deal across the line.” New Zealand Labour’s acting leader Annette King was concerned about future health costs. James Shaw of the New Zealand Greens remained worried about the impact of ISDS upon New Zealand. Professor Jane Kelsey from the University of Auckland has been pushing to unveil the secrecy of the deal, and Maori claimants have brought an action under the Treaty of Waitangi over the lack of consultation.

At the Atlanta talks, Japan’s representative appeared testy over accusations of currency manipulation. Somewhat unconvincingly, US Trade Representative Michael Froman argued that the trade deal would improve labour rights in Vietnam. There remains deep disquiet over the inclusion of Brunei in the agreement, given its oppressive criminal code. Malaysia has also attracted great controversy, given its appalling record in respect of human trafficking.

There has also been much debate about the inclusion of other possible nation states in respect of the TPP: Taiwan, the Philippines and South Korea have expressed interest in the Pacific Rim deal.

It is doubtful whether the TPP will promote development goals in the Asia-Pacific — given that many developing countries, least developed countries, and small island states have been excluded from the deal. Moreover, the trade agreement fails to adequately address pressing global issues, such as access to essential medicines, climate change and poverty across the Pacific Rim.

BRICS/BASIC countries — such as China, India, Brazil, South Africa and Russia — are not parties to the TPP. While Australia’s Trade Minister Andrew Robb has been enthusiastic about including China in trade talks, Froman has been somewhat more wary. The Obama administration hopes that the TPP will support an Asia-Pacific pivot for the United States, and counteract the growing trade influence and power of China.