NSW and NT boast the strongest economies: Why it’s good news for your SME 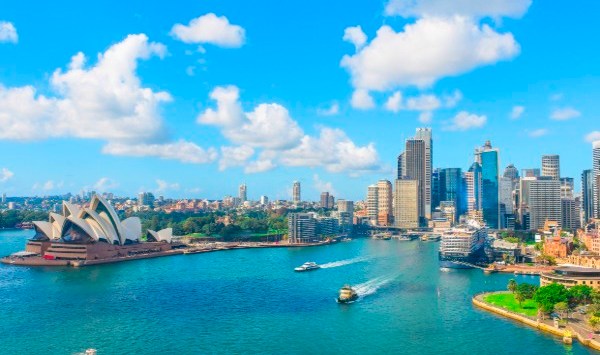 New South Wales and the Northern Territory have the strongest economies in Australia, according to the latest instalment in CommSec’s State of the States report.

Each indicator is compared with decade averages or the ‘normal’ performance of the indicators in that state.

NSW took out the top spot in the quarter, snatching the mantle from Western Australia and retained its number one rank in the last quarter.

According to CommSec economist Craig James, NSW’s top ranking on population growth and retail trade is keeping it at the top of the list, while its second ranking in business investment and dwelling starts is also contributing to its overall economic performance. The state is ranked fourth in terms of housing finance and overall construction work and fifth in terms of economic growth.

But joining NSW at the top of the list is the Northern Territory, which has overtaken WA, thanks to gas projects which are driving growth for the state. The NT tops the rankings when it comes to construction work and equipment investment, as well as job market idicators, but comes in at third place for the retail trade, sixth for housing finance and seventh for population growth

Western Australia now sits at number three on the list, with declines in housing finance, dwelling starts and unemployment all contributing to the slide. However, the west is the country’s second best performing region in terms of economic growth, retail trade and construction work.

Speaking to SmartCompany this morning, James says the results are good news for small and medium businesses, especially housing-related businesses, which can expect another strong 12 months.

While James says the report’s analysis does not separate out small businesses from the big end of town, he says strength in the housing sector points to favourable business conditions for SMEs.

“The drivers that tend to be very important for small and medium businesses tend to be from the housing sector,” James says.

“For builders and tradespeople and retail items to do with homes, like curtains and fittings.”

James says CommSec is seeing “a degree of strength in housing across the nation”, including the construction of new housing, and this is particularly the case in NSW and the NT.

“We’re not seeing the same growth in dwellings in South Australia and Tasmania,” he says.

James says strong housing numbers have a flow-on effect to consumer confidence and rising house prices in all regions except for Canberra are also a positive as individuals are buying homes or paying off their mortgages and this means housing value is also on the up.