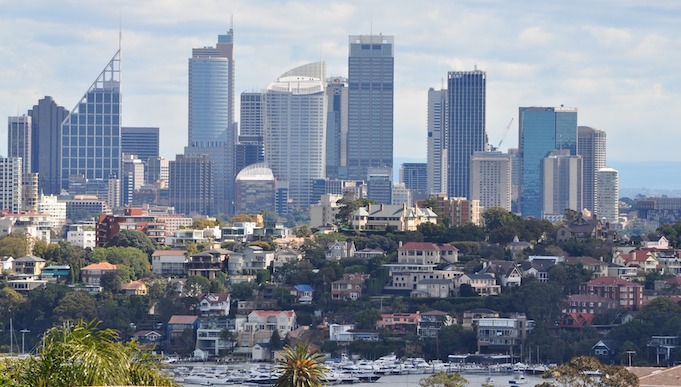 New South Wales is still the best-performing economy, according to the latest installment of CommSec’s biannual State of the States report.

CommSec ranked NSW ahead of all the other states and territories when it came to retail spending, equipment, investment, unemployment, housing finance and new homes in January this year, despite being ranked fifth in terms of economic growth.

Six months later, the state has added economic growth to its top rankings and retained first position when it comes to equipment investment, population growth, retail trade and dwelling starts.

Victoria has once again been ranked as the second best-performing economy in Australia, with the state ranked second to NSW on economic growth, population growth, retail trade, business investment, construction work and housing finance.

The Australian Capital Territory has also retained its position as the third best-performing region across the country, although the performance of its economy has been bolstered by activity in the housing sector.

According to CommSec, housing finance in the ACT is 26.2% higher than it was 12 months ago, giving the territory the top ranking for housing finance.

In fourth position is the Northern Territory, which continues to benefit from activity in the construction sector.

However, despite holding the top position when it comes to construction and unemployment, the territory has been ranked last in terms of population growth, business investment and housing finance and sixth on retail trade.

South Australia has improved its rankings since January, moving from sixth position to fifth, scoring middle rankings on economic and population growth and housing finance, while Queensland has slipped from fifth position to sixth as a result of lower rankings on construction activity, economic growth and unemployment.

Two years ago Western Australia was at the top of the state and territory leaderboard but is now sitting in seventh position, thanks to the substantial downturn in the state’s mining and resources sector.

According to the CommSec rankings, WA retailers are performing relatively well, with the state ranked third overall for retail sales, however the state overall has come last in the unemployment ranks and seventh when it comes to business investment, population growth and housing finance.

Tasmania has once again been ranked last, recording economic activity in March quarter of 4.3% above its decade average. This compares to 13.5% in NSW, 12.4% in Victoria and 11% in the ACT.

What does this mean for SMEs?

Speaking to SmartCompany, CommSec analyst Juliana Roadley says despite the rankings showing the WA economy has been one of the worst performing economies this year, there are some bright signs for businesses in that state.

In particular, Roadley says retail sales in WA have remained relatively strong, which she says could be a sign that locals did not necessarily over-extend themselves when the mining activity was at its highest.

“It’s one of those states that has lived through cycles … they know what to do,” she says.

However, unemployment in WA is sitting at 5.6%, which is 26.6% higher than the state’s decade average. Roadley says the high costs of living and carrying on business in the state could be contributing to this.

“If the costs of running a business are high, you’re not going to be hiring new workers, you’ll be keeping the ones you’ve got,” she says.

Despite this, Roadley says CommSec found community sentiment to be more positive in the WA than in Queensland, where she says she encountered individuals who believe successive governments have not done enough to improve the local economy.

While South Australia is sitting lower down the ranks for retail spending, CommSec is expecting to see improvement in the state’s fortunes following the federal election, which brought promises of increased infrastructure spending in the state.

“Equipment investment was higher, which is a really positive sign,” she says.

“It shows businesses are perhaps thinking about their future and opening their wallets.”

Roadley says attention will now turn to the forthcoming reporting season to see if businesses across all states and territories will be spending cash to build their business or acquire others.