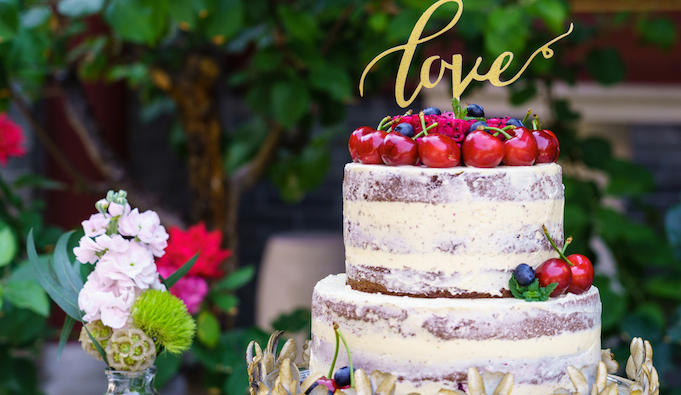 Small businesses around the country stand to benefit from a massive commercial injection if same-sex marriage laws are passed, after Prime Minister Tony Abbott yesterday signalled a vote could be put before Parliament as early as August.

In 2013, it was estimated legalising gay marriage would boost the Australian economy by as much as $161 million, but those within the wedding industry this morning estimated to SmartCompany same sex marriage could be worth as much as $1 billion.

The issue has gained increased attention after opposition leader Bill Shorten on Tuesday announced he would introduce a private members’ bill next week to legalise same-sex marriage in Australia, off the back of Ireland’s successful referendum last weekend.

On Wednesday, Abbott said he would want such a “big decision” to be decided by the Parliament rather than by one party, which some have interpreted as the PM clearing the way for a conscience vote amongst the Liberal Party.

Speaking to SmartCompany this morning, Nivelo Miller, founder of online shop Marry Me Gay—a retailer that specialises in same-sex wedding products and services—said if a vote is successful in August, small businesses that offer inclusive wedding services could receive a huge boost in sales by the end of the year.

“There are reports that show there are 18,000 same-sex couples waiting to get married right now, and I believe those are conservative estimates,” says Miller, referring to research by the University of Queensland.

“If you don’t support marriage equality, yes, you are potentially missing out on that money,” she says, referring to the $1 billion estimate.

“We are the last English-speaking, developed country in the world that does not have marriage equality… I definitely think it is inevitable.”

Miller, who also owns and operates Equally Wed—an online directory for inclusive marriage services—created both of her businesses after finding there was no other gay wedding directory that supported the needs of the LGBT community.

She now stands to be in a lucrative position, having already received increased interest in the businesses since the government signalled the issue was on the table.

“I have had two inquiries just this morning,” she says.

Miller is now stocking up on a range of products in anticipation of the August vote, such as same-sex wedding cake toppers, cards and invitations.

“Once Abbott says yes, a lot of those things will fly off the shelf,” she adds.

But Miller is concerned small businesses might be inclined to jump on the “pink dollar” bandwagon and believes there is still the much more important issue of discrimination to recognise, noting many same-sex couples still experience judgement and intolerance when approaching SMEs with their business.

“That’s a big concern and there have been lawsuits since gay marriage was legalised in the US,” she adds.

Meanwhile, Small Business Minister Bruce Billson yesterday masterfully dodged the question of the economic benefit of legalising gay marriage in his speech to the National Press Club, causing the room to break into applause at his avoidance of the issue.

“May I disclose a heightened sensitivity and awareness of cost of weddings – I’ve been married twice,” laughed Billson.

“But any one who falls in love and want to celebrate the quality of their relationship through family and friends and enjoy the wonderful the ambience, the provincial appeal of the Morning Peninsula, don’t hold back; its a great place to be,” he continued.

“If that is where you choose to celebrate such a significant millstone in your life, I think that’s fantastic and I can recommend a list of local small business that will help make your day a delight.”

The crux of this argument is that everyone has their price. If someone will make enough money then go and sell your social soul. I know that sounds extreme to some people, but scratch the surface and have a deeper think. Would you legalise illicit drug trades that make some people rich while others are permanently disadvantaged? the tobacco and gambling lobbyists must love this type of article.