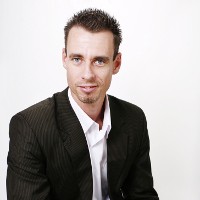 In my 2012 book The Third Wave, I presented the facts surrounding the shift of massive numbers of jobs from Australia to global labour hubs such as the Philippines.

These were specifically NOT manufacturing roles (which is rather old news), but a newer phenomenon of skilled ‘white-collar’ roles shifting to lower cost countries with workers who have equivalent skills and high quality English.

My research led me to predict that around one million office-based roles will ultimately shift out of Australia, never to return. An updated interpretation of this transition looks something like this:

As you can see with the red line, in any one year, the predicted number of roles going offshore is not huge, although it could exceed 100,000 roles in peak years. The integration of offshore teams into small and medium enterprises (SMEs) in Australia is already well underway, and it is the SME sector which will drive the majority of this change, not big business. SMEs combined are by far the largest employer in Australia, and when a large number of these set up offshore teams of just 1-10 full-time staff, this has a significant impact on Australian jobs.

While no single year in this prediction indicates an exceptional offshore shift, the graph shows Australia will suffer the “death of one thousand cuts” as the cumulative effect gradually tops one million roles. This alone could take us from 6% to 15% unemployment.

However, the situation is likely to be exacerbated by the ‘perfect storm’ of unemployment pressures that is currently building. As this storm develops, three factors will combine to cause economic stress and negative employment impacts in Australia up to and beyond 2020.

Firstly, we have passed the peak spending of the baby boomer generation. This generation was significantly larger than those that followed and the earning and spending capability of that mature (but still working) generation contributed greatly to the boom years of the early 2000s. Now, as the boomers enter retirement or become more conservative in spending in planning for retirement, less money is circulating in the economy as a result. Less spent on consumables and living expenses, less spent on investments, and more conservative investments.

Secondly, we have the final slow-down of the Chinese economy and the direct impacts to our resources sector. China is Australia’s largest trading partner, representing 26% of our exports in 2012. During the GFC, while the economies of other countries suffered, this helped to cushion Australia from our property and credit binge. We all knew the Chinese rush couldn’t last forever; now the news is in.

The mining sector, which benefited strongly from Chinese growth, is not a large direct employer in Australia. However, it does spend a lot of money on wages to staff remote operations and that in turn drives a lot of expenditure in both remote and city areas. By some estimates the flow-through effect from mining accounts for as much as 10% of Australian jobs.

Thirdly, we have the offshoring of white-collar roles. Already we are seeing the effects of this within youth unemployment, where employers are choosing to hire full time offshore staff with 5-10 years’ experience, rather than graduates or school-leavers who require extensive training and cost five times more.

The world is changing around Australia and we are not responding fast enough to these changes. I fully expect that rapidly escalating unemployment in the near future will place significant pressure on the government of the day to take action. But these forces, in particular the forces of increasing globalisation, are not “one-term” issues that can be tackled in a three-year stretch.

This will require a major re-think of Australia’s exports. It will need bold and effective strategies to grow more jobs, particularly in sectors of the economy which are not under pressure from flagging international demand (in the case of minerals), or from excessive international supply (in the case of office staff).

There is no stopping the transition of roles to Asia; low and medium skill office jobs are going to shift just like manufacturing did. But the good news is the massive growth in the ‘middle class’ within these regions – this represents untapped and unparalleled opportunity. Australia needs to embrace these global changes and become a world-leader in areas of growing international demand, such as agriculture, education, management, and science.