With some 300,000 foreign workers have reportedly left Australia since the onset of the COVID-19 pandemic, small businesses are struggling to find the staff to keep their enterprises running.

And for one family-run winery, it’s preventing the owners from taking advantage of an influx of domestic tourists, and hampering their post-pandemic recovery.

Printhie Wines is run by the Swift family in Nashdale, New South Wales — just outside of Orange.

Speaking to SmartCompany, Emily Swift, who heads up the winery’s marketing, says the business has been struggling to find the staff it needs to bounce back from a string of crises.

The business faced years of drought, then had a whole year’s crop of grapes ruined by smoke from the devastating 2019-20 bushfires. That’s before the COVID-19 pandemic hit, causing Printhie to lose some 70% of its business almost overnight.

The Swift family, however, took the opportunity to invest in their business, building a new cellar door and creating some new experiences for visitors. But the inability to find staff is hampering those efforts.

On the winery side of things, the business is looking for cellar hands — people to support the winemaker in actually making the wines — as well as junior winemakers.

“We can’t find people with those skills,” says Swift.

The roles have attracted interest from people overseas, but the winery industry is not on the approved skills list that would allow them to get visas for them.

But there are challenges even when you don’t have to take migration into account.

Printhie is also building a new cellar door and restaurant, and is struggling to find both front-of-house staff and a chef. Swift says it is hard to find people who are interested in the roles, and if they do, a lack of accommodation in the local area makes it difficult for those people to relocate to Orange.

According to Swift, the December 2020 quarter saw a 110% increase in visitation to Orange, compared to the same quarter in 2019. As a consequence, many houses that were previously long-term rentals are being turned into holiday accommodation.

If you wanted to move to Orange, and had a pet, “I don’t even think there are any listings at the moment,” Swift says.

“It really makes it very difficult to attract a potential new workforce.” 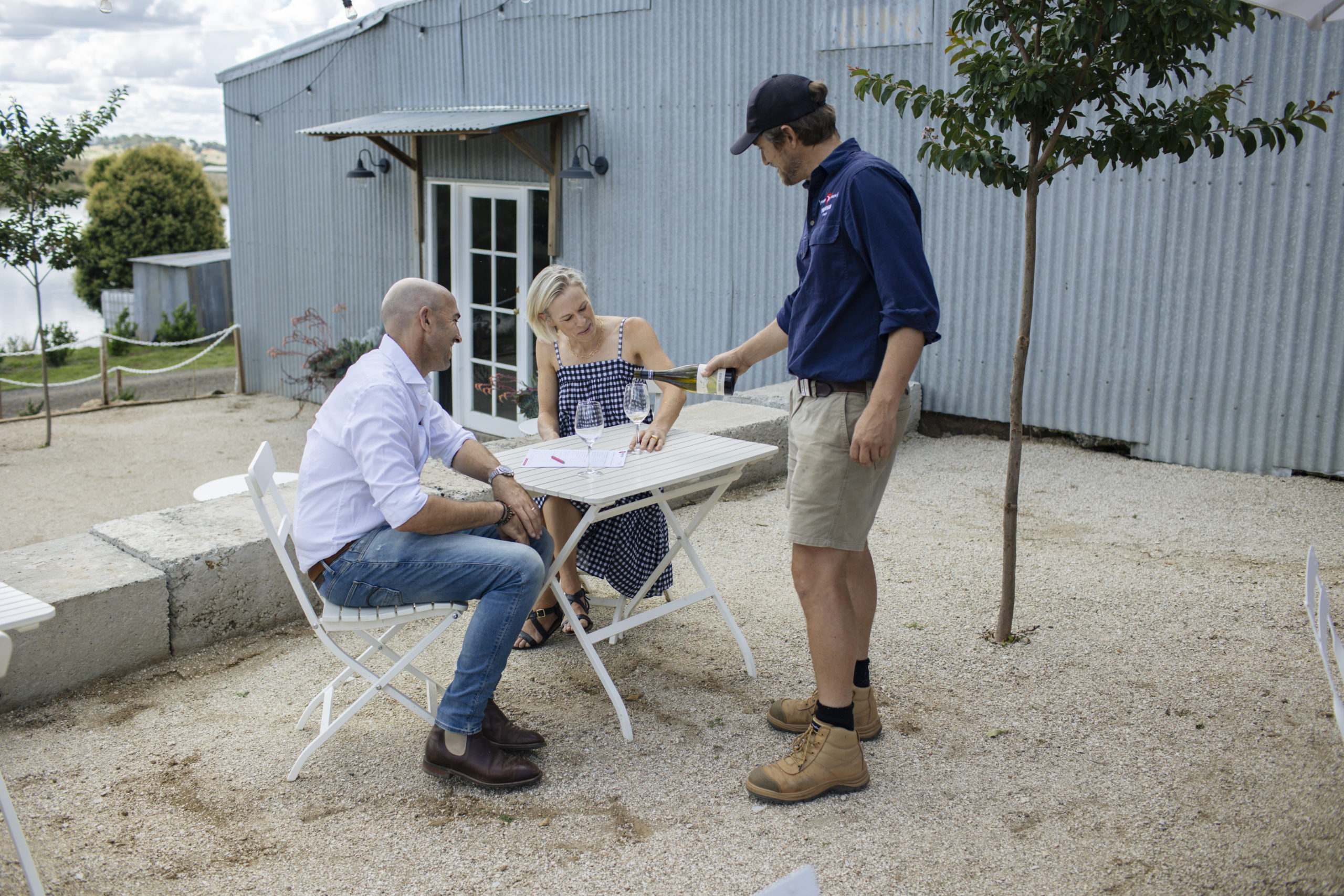 Swift’s comments come as data from Commonwealth Bank of Australia (CBA) suggests official employment statistics don’t take foreign workers into account. That means they also don’t acknowledge the mass exodus of them since the start of the COVID-19 pandemic.

While employment is returning back to pre-COVID-19 levels for Australian residents, the total number of people employed is actually down by 2.1%, according to CBA head of Australian economics Gareth Aird.

It is likely the prolonged closure of the international border has led many to return to family overseas. At the same time, people living in Australia who were not citizens or permanent residents were not entitled to any of the government’s JobSeeker or JobKeeper support payments during the pandemic.

According to CBA, some 286,000 foreign workers have left the country. By contrast, net immigration typically adds about 200,000 people to the population each year.

At the same time, job vacancy numbers are high. In fact, ABS data suggests there were about 288,700 vacancies in February, almost exactly mirroring the number of people who have left the country. That’s an increase of 13.7%, compared to November 2020.

A catch-22 for Printhie Wines

The staffing challenge is particularly frustrating for small businesses, as the lack of international travel opportunities brings an influx of domestic tourism.

On the face of it, that should only mean good things for the small businesses in those communities. While Swift welcomes the increase in passing trade, she says the business is facing a “catch-22”.

If the team at Printhie Wines wants to keep the customer experience up to scratch (which they do), they have to limit bookings in the cellar door, which comes at a cost to sales.

And while she says the lack of support in the winery itself doesn’t mean it’s producing less product, it does mean production is prioritised over other areas of the business.

“Everyone is all-hands-on-deck to produce the wine,” she explains.

For Swift and businesses like hers, the situation is frustrating. After what has been the most difficult 18 months in the winery’s history, “it’s just another issue we’re having to overcome,” she says.

“There’s some really great growth going on, but we’re being really hamstrung by the fact that the workforce isn’t available,” she adds.

The top reason Australians will look for new work? Lack of promotions

Less than half of Australian employees are satisfied with their current job, recruitment company Hays has found in a recent survey.

For women entrepreneurs in regional Australia, connection — with their local communities and with each other — has never been more important.