Proposed changes to employee share scheme laws could net $1.4 billion for the economy 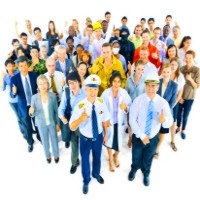 Reform of Australia’s employee share scheme laws could potentially boost the economy by $1.4 billion in the long run, according to a report by Employee Ownership Australia and New Zealand (EOA).

Currently employees are taxed when they receive share options from their company, rather than when they are sold or become full shares.

The report’s key findings are as follows:

The findings add to an already considerable pile of evidence of the benefits of reform, supporting what could now be considered a near universal view of those in the startup industry.

“We weren’t surprised by the findings, but we felt it was important to get the facts and figures out there,” Perry says.

“While most people in the startup industry would anecdotally agree with the evidence, with thought it was necessary to provide evidence in support, with distinct and reliable information.”

The study examined anonymous client data from Australia’s two key share plan administrators, who together combine for between roughly 80% and 90% of the market.

However, even with the support of a prominent cabinet minister the government has been slow to act on the issue.

A review into employee share scheme laws, which was started under the former Labor government late last year, was due to report to the Department of Treasury in December.

However, it appears to have stalled during the change of government, before consultation was reopened by the Coalition government in January.

That consultation period closed on February 7 and in late May the department said issues raised regarding share option scheme laws were now being considered as part of the Prime Minister’s Taskforce which was established to develop a National Industry Investment and Competitiveness Agenda, which was due to make its recommendations to government by “mid 2014”.

StartupSmart asked the government when it expects to release its findings from the review and had not received a response at time of publication.

“We will be sending this to our contacts within the government,” she says.

“(Liberal MP) Tony Smith has always been a supporter, and we’ll be putting forward a case based on reversing those 2009 changes.”