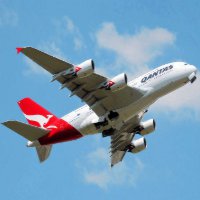 So it begins – a company running to Canberra with a good story and in need of some or other political favour.

To be fair, these companies tend to have very good stories – consumer safety, national security, skills development, employment prospects, and the like. It is very hard to say “No” and for a long time Canberra has tended to say “Yes”.

To its credit the Abbott government has being saying “No” to some companies – but not others. We know that government is poor at picking winners, so while saying “No” is an improvement on previous practice there are likely to be problems with the new practice.

It looks like Joe Hockey has developed a four point test to inform his decisions on corporate welfare.

These four points can be summarised as follows:

The Abbott government is likely to argue that Qantas meets all four criteria. My opinion is that it meets one, at best, with the other criteria being arguable or irrelevant.

Qantas is subject to the Qantas Sale Act and this does impede its business model. The solution to this problem is to repeal, or at least relax, the Act. This is the course of action that the government should pursue to the exclusion of any other support. Prime Minister Tony Abbott has signalled support for this option. Unfortunately it appears there is little political will in the Parliament for it.