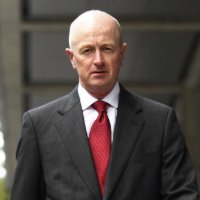 The Reserve Bank of Australia (RBA) has kept the interest rate on hold at 2.5%. Interest rates have remained at a record low since August 2013.

ME Bank general manager markets, John Caelli, said that the focus from the RBA remains on providing conditions to support business investment and unemployment, with other options for dealing with house price increases.

“The RBA has flagged that measures other than interest rates may be more appropriate to address the issue of house prices,” said Caelli.

RP Data head of research Tim Lawless noted that softer readings for housing market conditions over September may have eased some of the concerns that the RBA held about the property market, however the trend does remain strong.

While a 0.1% growth figure was recorded across the capitals for the month of September, the quarter still recorded a 2.9% increase.

He said it will still be important to monitor the trend rate of growth across Sydney and Melbourne.

“Investor interest in these markets has been significant compared with other capital cities and compared with historical ratios of owner occupier loans to investor loans,” said Lawless.

“If investor interest in these markets doesn’t moderate we can expect the RBA, in conjunction with APRA, to intervene via prudential regulation of the banking sector to attempt to slow down the level of investment lending activity in the market,” he said.

This intervention, he suggests, may be higher risk ratings or capital for investment loans.

“In any event, the goal would be to slow the level of speculative investment across the housing market, particularly in Sydney and Melbourne, alleviating the pressure on the RBA to raise interest rates in order to dampen housing market conditions,” he said.

Michelle Hutchison, money expert for Finder, noted that all the experts recently asked in their Reserve Bank Survey said that they are expecting a rise on the cash rate next year.

“With a cash rate rise on the horizon, it could be a good time for borrowers to take advantage of the mortgage season promotions currently available by home loan lenders, which could help them get onto the property ladder so they can start preparing for rate hikes ahead,” she said.

She noted that it’s a good idea to compare home loans and promotional offers available, but to be wary of the fees involved.

Caelli noted that today’s announcement of a stable rate would be welcomed by borrowers, with a recent ME Bank survey recording 49% paying down their home loan faster with additional payments. Despite this, 42% said they were just managing to pay the minimum requirement.

“While any future rate increases are likely to be gradual, borrowers just managing repayments now will need to make financial adjustments when this happens,” he said.

“We’re also noticing an increase in borrowers taking out fixed term loans to protect themselves from potential RBA rate increases.”

LJ Hooker chief executive officer Grant Harrod said that low rates have assisted in offsetting the fall in mining investment, and that the start to the spring market has been encouraging.

“However, while markets such as Sydney and Melbourne have performed well, there are many other markets which have softened or experience more modest result,” said Harrod.