Are real wages falling or growing? Let’s look at the evidence 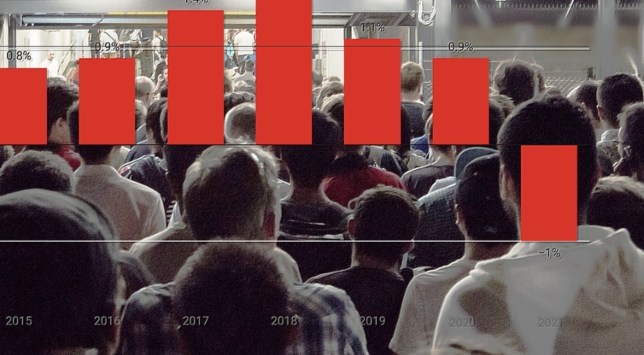 You would be forgiven for being unsure about whether the buying power of wages was rising or falling. On one hand, Opposition Leader Anthony Albanese says wages are going backwards.

On the other, Prime Minister Scott Morrison points to “better wages” over his government’s term in office.

To get at the truth, we need to appreciate that prices fluctuate more rapidly than wages do and that underlying economic forces drive the longer term growth in real wages.

The real value of the award rates of pay determined by the Fair Work Commission, including the minimum wage, climbed in all but but one of the 10 years between 2011 and 2020, at an average of slightly more than 1% per year.

But the buying power of an award wage fell 2.5% during the last 12 months, because of the unexpected, large rise in consumer prices of 5.1%.

By the numbers: How Albanese’s wages plan would affect jobs, inflation and poverty

The high inflation was caused in part by the impact on fuel prices of the Russian invasion of Ukraine, which no one could have anticipated as inflation fluctuates much more than wages do in the short run.

Most workers (about three-quarters) are paid at more than award wages.

One measure of what has happened to them is average weekly ordinary time earnings of adults who work full-time, excluding overtime.

Another measure is the Bureau of Statistics’ wage price index which measures the hourly pay for the job, regardless of who is doing it. This is the key cost measure for employers.

Many employees get pay rises through promotions or switching employers. By design, the wage price index does not capture that, and so has grown more slowly.

Even the wage price index has grown faster than inflation, by 4% over the past 10 years, until the last year, when the sudden jump in inflation pushed it behind.

Over the past decade, the Bureau of Statistics’ measure of labour productivity has climbed 12%, while real wages (as captured in the wage price index) have grown only modestly.

This has resulted in a 6% decline in the Bureau’s measure of real unit labour costs, and in the share of national income that goes to labour rather than to capital.

It’s not clear why this happened, but there are suspects.

One is that the total income per person, available to be shared between wages and profits, stagnated for much of the past decade, being no greater by the end of 2018 than it was in 2011.

The recent rise in export prices has boosted national income, but much of it has accrued to the mining sector in the form of profits. The wages share of mining income is only 14%, compared with 55% for the rest of the economy.

The result has been an increase in the share of national income going to profits and a slide in the proportion going to wages.

Other sources of downward pressure on wages growth include high rates of immigration, especially of temporary workers such as students, tight caps on wage increases for state and federal government employees, increased outsourcing to low-wage countries, and declining union membership.

Low union membership not only reduces the power of unions to bargain for higher wages, it also reduces their ability to ensure that the conditions set by the Fair Work Commission are met by employers.

This is of particular concern at a time when there is a large, new, vulnerable group in the workforce: temporary migrants dependent on employers to retain their visas.

As of May 2022, there are signs that wage growth is at last likely to increase, which will be quite an achievement in the midst of COVID-19.

The biggest immediate beneficiaries appear to be younger workers and older workers, and women. There is ground to make up.

Albanese says a summit is needed to work out how best to improve outcomes for both employers and employees.

Plus exclusiveWages 101: How to set, benchmark and review salaries

This guide will equip you with the tools you need to make informed salary-related decisions and communicate the outcomes with your staff.