Younger Australians who left their hometowns to progress their careers are now returning to work remotely — enticed by more affordable homes and a less stressful existence.

And a regional jobs boom has encouraged many others to up sticks, too.

So much so, in fact, that capital cities lost more people to internal migration then they gained in the June quarter, according to the Australian Bureau of Statistics.

Capital cities reported a net loss of 10,500 residents over the three months to June 30 — the largest quarterly net loss on record — and separate CoreLogic data shows regional prices are consequently rising faster than those in capital cities.

Surf Coast Real Estate director Andrew Brown says the Victorian seaside town of Anglesea has “not seen this level of demand for many years”.

“As soon as the doors were opened for Melbourne people to come back into the regions, from that point, the market really has shot up,” Brown told The New Daily.

“Now they can work from home two, three or four days a week, they’d rather do that down the Surf Coast rather than wherever they were living.”

Brown said some people were buying property today with a view to moving in a year’s time and either renting it out or using it on weekends in the interim. But others had made an immediate switch.

“Usually our market is almost exclusively for holiday-house buyers, but now there’s a market where people are selling where they live to come and live in Anglesea,” he said.

Brown said everything he had sold in the past couple of months had been around the $1.3 million mark, though he added that people could find a three-bedroom home further away from the beach for $800,000. 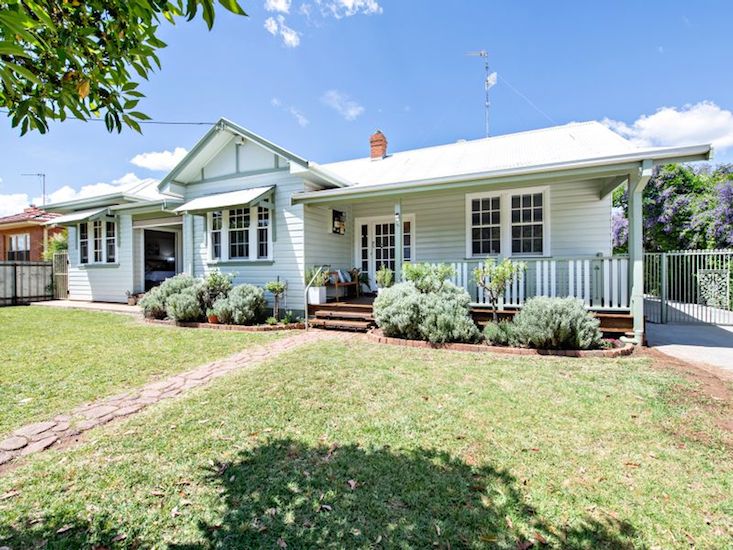 Monica Henley, the property partner at The Agency Central West NSW, said demand over recent months had been strong “across the board”.

She told The New Daily that younger Australians who grew up in the country were returning home after pursuing careers in the city, while others were moving regionally to take advantage of record jobs growth.

“Now that they can work from anywhere, they are moving back because they can,” she said.

“It’s a beautiful place, it’s growing, and it’s got a good community,” she said. 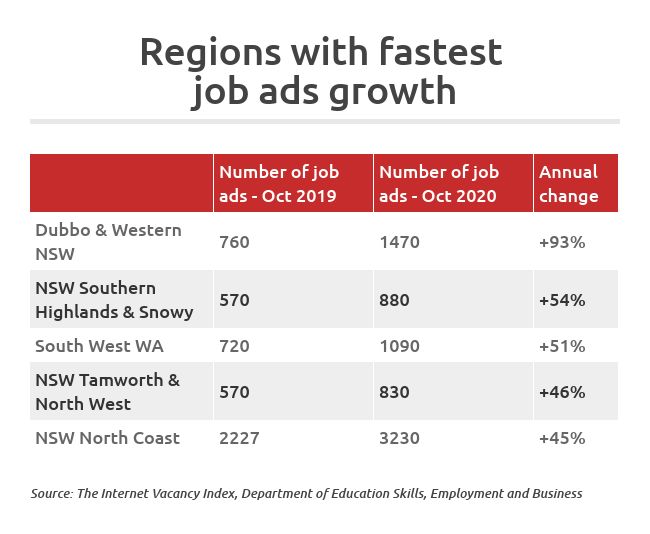 The city exodus comes as regional Australia celebrates a record 54,000 new advertised job vacancies in October — up 13% on the same time last year.

Data from the Regional Australia Institute shows that Dubbo and Western New South Wales experienced the fastest jobs growth — with job ads in the region up 92.6%  year-on-year. 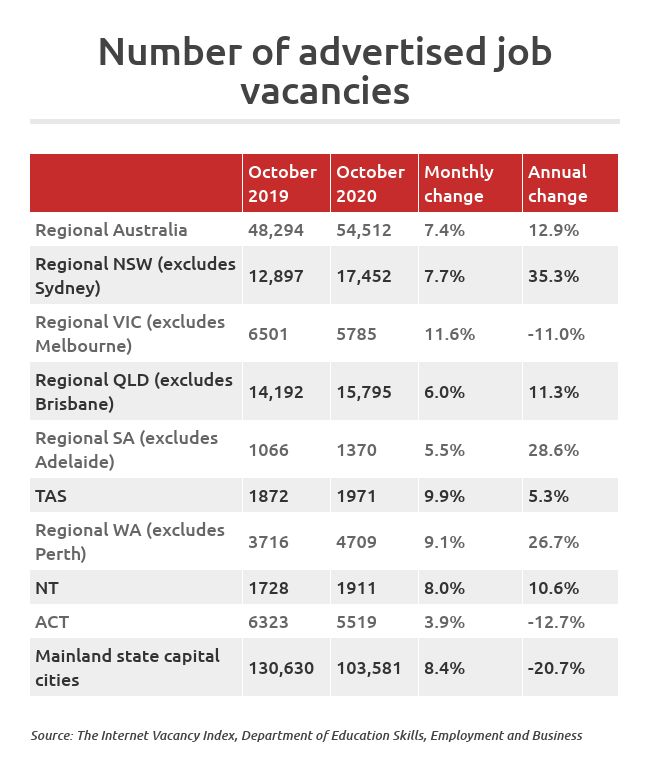 Urban sprawl and job clusters: How working from home will reshape the nation

How Australia’s cities will bounce back after COVID-19

The coronavirus pandemic has thrust us into a moment of rapid change. Like all change, it is difficult to predict. But lessons from history provide us with two important insights.