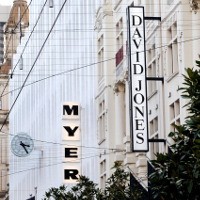 Stocktake sales have enticed Australian shoppers to open up their wallets after the May budget, with retail sales up 18.4% in the past two weeks.

While retail sales took a hit after the Abbott government’s first budget, data from the Australian Retail Index shows the sector finished off the 2013-14 financial year on a strong note with 4.1% growth in June.

“After a slump in sales post the release of the federal budget, shoppers were quick to forget their concerns, and return with confidence,” said Simon Scalzo, national retail lead partner of BDO, one of the firms behind the Australian Retail Index.

Russell Zimmerman, executive director of the Australian Retailers Association, told SmartCompany he has seen a similar recovery in sales since the budget.

While Zimmerman says it is hard to say for sure which factors caused lower retail sales in May, he says it is fair to say “consumers kicked back” against the budget. Shoppers were also less likely to purchase winter goods in May due to unusually warm weather, he says.

“What we are hearing is that it has come good in the past few weeks and that is in part due to the return of the cold weather that retailers were looking for,” says Zimmerman.

“I think some consumers are also realising the budget was not as bad as they initially thought.”

“But I would caution it is not across the board,” he says. “Some retailers have said it hasn’t been as strong, including some SMEs and those in the hardware sector. Some have said it has been tough.”

Nevertheless, Zimmerman says the sector had “generally not a bad finish” to the end of the financial year, led by the department stores which appear to have benefited from their traditional mid-year stocktake sales.

While Zimmerman says stocktake sales might not be as popular as they were 20 years ago, he says they “absolutely” still make a difference to the country’s retailers.

The Australian Retail Index, which was launched in April, also tracks fluctuations across different retail categories, including furniture and homewares, fashion and accessories, sporting goods and other general retail.

Scalzo says the furniture and homewares category proved the most stable throughout the 2013-14 financial year, while fashion and accessories and other general retail proved the most volatile.

But while the retail sector appears to be well-placed heading into the new financial year, Scalzo says retailers should brace themselves for the winter months.

“If history is anything to go by, retailers should expect activity to be short-lived over the remaining cooler months, with historic consumer confidence showing a dip in sales between August and October,” says Scalzo.