Rich rewards for those at the top in tennis, but what of the rest? 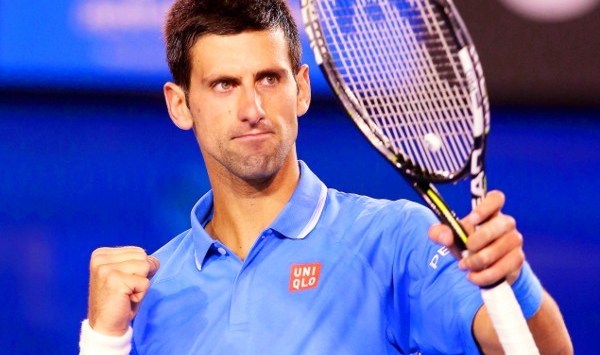 The world’s best tennis players are preparing to battle it out in Melbourne as the 2015 Australian Open gets under way this week.

With rising grand-slam prize-money and better-than-ever exposure, you might think that life’s pretty glamorous for your average pro tennis player. But a closer look at the numbers suggests you’d be wrong … mostly.

To cut to the chase, it costs the average tennis player in the order of $US160,000 per year to compete (once coaching costs are factored in). In 2013 only around 150 players made enough money to “break even” from prize-money alone.

Let’s think about that for a minute. More than 75 million people play tennis globally, and only about 160 men and 150 women earn enough prize-money to cover the cost of playing professionally.

So your chances of making money out of the game as a professional player are about one in 250,000.

Compare that to domestic sport such as the Australian Football League (AFL). There are 18 teams, each of which needs at the very least 38 players on its primary list. Given that it’s estimated that just under 1 million people play AFL, your chances of making a living in AFL are comparatively greater, at one in about 1,500!

Being a pro tennis player is like running a small business. Prize-money is not tax-free income, and you’re generally not backed by a club.

So unless your ranking belongs in the upper echelons of the sport, you likely have to pay for your own coaching and training staff as well as flights, accommodation, medical expenses, balls, rackets, strings etc. All that doesn’t come cheap.

There is actually a lot of money in tennis, totalling $US162 million in prize-money for the men and $US120 million for the women. What makes it so difficult for developing athletes is the way that money is distributed.

In other words, $US97 million was shared between the top 50 men in 2013, with the rest being distributed among everyone else.

If the pro-circuit was a country, you wouldn’t want to live there, as evidenced by its Gini coefficient (a measure of inequality of wealth among a population) of approximately 0.95. Latest research suggest Australia’s Gini coefficient was 0.32 in 2011-12.

It’s worse for tennis players than many other sports, as this graphic in the Wall Street Journal illustrates nicely. Even among the top 32 men, there is severe inequality in pay. Individual sports such as golf and NASCAR motor racing show a far less rapid decline in pay with ranking.

So who misses out?

According to the results of the accompanying ITF player survey, almost everybody on the ranking list. Approximately 95% of respondents indicated that prize-money did not cover the cost of competing in 2013 (admittedly the sample is skewed toward poorer ranked players).

This is not a new problem; players have been talking about this for a while. Numbers are great, but the personal accounts can have the greatest impact.

Couple these findings with the recently reported increasing time for male players to reach a ranking where you might actually earn a decent living (Top 100) and the problem may actually be getting worse.

Athletes such as Nick Kyrgios (who is almost two years younger than anybody ranked higher than him) are not the norm. It’s typical for athletes to spend up to seven years reaching profitable rankings.

An opportunity for change

It’s not the intention here to be critical of the tall poppies of our sport. Who could argue that what the likes of Rafael Nadal, Roger Federer and the Williams sisters, Venus and Serena, bring to the sport is not worth the investment or cost?

Despite the commercial prerogative, some thought does need to be given to the viability of a tour where almost all the prize-money goes to a handful of people, who in some cases don’t rely on prize-money to sustain their career anyway.

Unfortunately, most of the time, nobody cares much about the 160th and 150th-best male and female tennis players, which is a shame because they have to be ridiculously good tennis players to outperform the other 74,999,850 odd people who pick up a racket.

If you think grand-slam finals are tense, it’s nothing compared to final-round qualifying where entire livelihoods are on the line.

While it may seem counter-intuitive to reward players who “turn up and lose first round”, the bottom line is that if talent is lost simply because people can’t pay the bills, the sport and fans suffer in the long term.