Six reasons Australia’s not heading for a recession

There’s lots of concern at the moment Australia is going to fall into recession, and many commentators are worried the current crisis in consumer confidence will impact economic growth.

They suggest the negative wealth effect of falling house values could lead to a cut in consumer spending and that this, plus the collapse in construction activity (one of our biggest employers), at a time of overseas economic headwinds, could combine to create the perfect storm which could lead to Australia into recession.

Well, here are my thoughts.

Australia will have a recession one day, but not any time soon! But you don’t have to believe me.

The lowdown from Lowe

In his first public speech for 2019, Reserve Bank governor Philip Lowe highlighted the issues that are likely to shape the future.

Now, the people who run this country must think he’s a pretty cluey guy as the pay him a pretty penny to look after the Australian economy, and governor Lowe said that we won’t fall into recession. However, he feels economic growth will be 3% in 2019 rather than his former forecast of 3.5%.

Lowe also believes the current slump in our property markets is “manageable” but conceded now it’s just as likely the next move in interest rates is down as it is likely that we’ll have a rise in rates.

For what it’s worth, I think interest rates will be cut twice this year bringing the rate down to 1%.

According to governor Philip Lowe, these are the six reasons we’re not going to have a recession.

1. The global economy is performing well

Despite the various political issues and the trade wars creating some downside risks, the world economy and the economies of our trading partners are performing well. 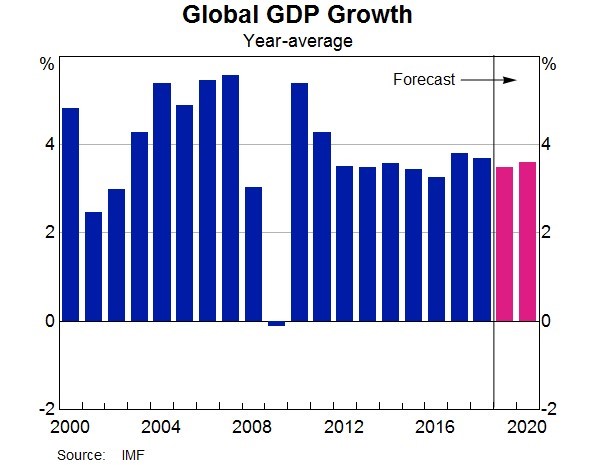 This should be enough to see further gradual progress in lowering unemployment. 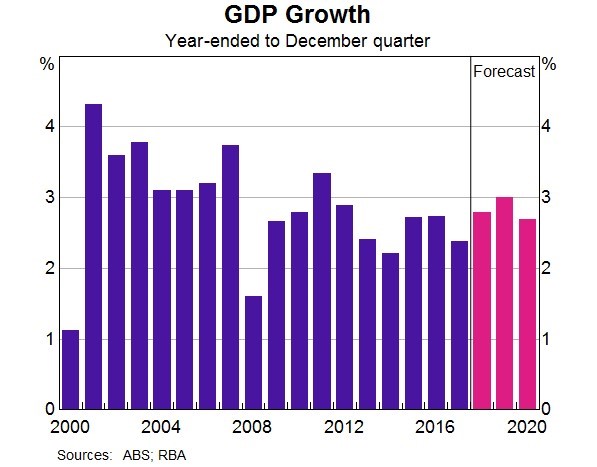 Unemployment is currently at 5%, which is the lowest it has been since 2011.

In NSW and Victoria (our two economic powerhouses) unemployment is about 4.25%.

With the number of job vacancies at a record high, national unemployment is forecast to drop further to 4.75% over the next few years. 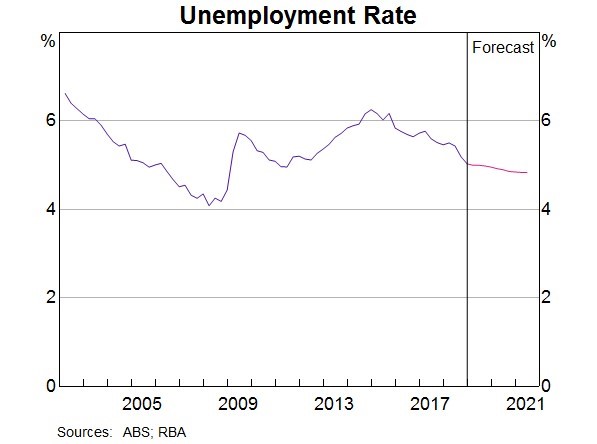 There are finally signs of wages growth ahead.

A gradual pickup in underlying inflation is forecast as spare capacity in the economy diminishes.

Underlying inflation is now expected to increase to about 2% later this year and to reach 2.25% by the end of 2020. 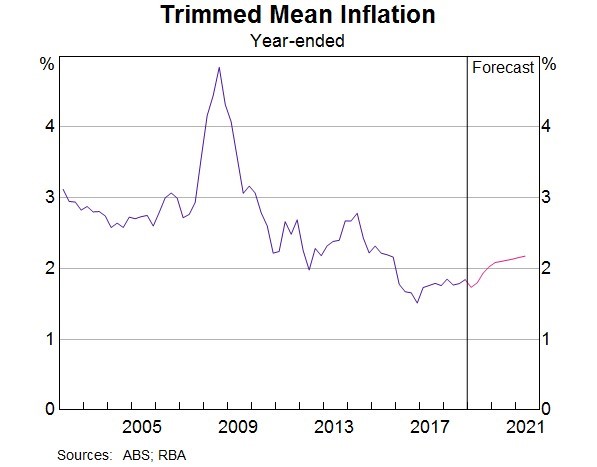 Now I’m not an economist, but I see plenty of other positive signs among all the pessimism in the media.

And while clearly, not all the news is good for our housing markets, there are some positives.

Clearly, we have a mixed bag of economic fundamentals that will interplay on our economy and our housing markets.

While these are relatively easy to quantify, the big unknown will be consumer sentiment, and currently, that is low and unlikely to change until the outcome of the federal election is known.

Having said that, those investors who take a long-term view and recognise that all economic downturns are temporary, while the increase in value of well-located residential properties in our capital cities is permanent, will be able to take advantage of the property investment opportunities the current buyer’s market is delivering us.

NOW READ: What founders can do now to prepare for a possible 2019 recession