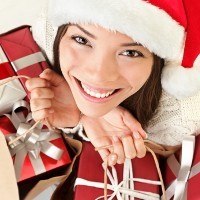 Small businesses have shrugged off budget doubts and are feeling more confident heading into Christmas, according to the Westpac-Melbourne Institute Small Business Index released today.

Confidence and outlook recovered in November, with the index rising to 123.0 points, up 10.4% from the previous drop in September.

Julie Rynski, Westpac general manager of small business, told SmartCompany the survey of 300 small businesses from across Australia showed signs of increasing optimism after the dust of the federal budget had settled.

“There was some good news in the budget for small business,” says Rynski.

“Without a doubt, some of the things announced in the budget have been ratified. Small businesses are seeing it happen and they are getting on with business,” she says.

Rynski says a lift in confidence is also linked to the time of year as businesses head into Christmas, but she says the index does indicate a lift in the broader outlook for small business owners, with one in five respondents saying they were planning to invest in the next quarter.

“We have also seen an uplift in the willingness to invest, but don’t get me wrong, they are still cautious,” says Rynski.

Industries such as tourism and recreation have showed particular strength in this month’s figures.

Rynski says this is likely due to a dip in the Aussie dollar pushing the tourism industry, as well as the effect of global crises such as Ebola causing many Australian tourists to stay closer to home.

The index also highlighted the economy and regulation as the biggest bugbears for small business owners, which Rynski says is a “consistent” complaint.