SMEs hang tough in face of downturn but government dissatisfaction back to 2009 levels: Research 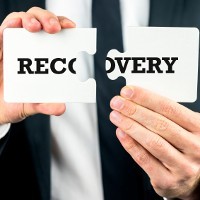 Australian SMEs have shown remarkable resilience over the past five years, according to research published yesterday.

The Five Year MYOB Business Monitor Report found small to medium-sized businesses in Australia have had to battle an international downturn in recent years but still remain upbeat about what the future holds.

The number of businesses in Australia has grown by 1.4% over the five years since July 2009, meaning there are now 1.9 million SMEs around the country. This is despite a relatively flat period of revenue growth.

MYOB chief executive Tim Reed told SmartCompany the growth in the number of SMEs despite revenue contracting shows how resourceful and determined Aussie business owners are.

“The resilience of the business owners and the commitment they have to their business and therefore their clients and teams continues to drive forward in what have been frankly very challenging trading conditions in the last five years,” Reed says.

“We should champion them and thank them for the hard work they’ve been doing despite the challenging times.”

Reed says SME operators are very committed to what they do and always go above and beyond for their business, something which is good for both the Australian economy and local communities.

“They do it because they are passionate about it as much as they want to make money,” he says.

“They need to make a living … but lots of business owners commit and contribute to their business well above what would be considered appropriate for an employee.”

The survey, which canvassed the attitudes and opinions of more than 1000 small and medium-sized business operators, also found SME dissatisfaction with the federal government is back at the same level as it was in 2009.

Reed says while there was a “big improvement” in satisfaction following the election of the Coalition government, dissatisfaction is starting to edge-up again. He says this can be due to some unpopular policies, such as the removal of the instant asset write-off.

“The biggest one that comes to mind is the paid parental leave policy, which is particularly unpopular with small business owners,” Reed says.

The survey also found SMEs are frustrated with the pace of change and the time it takes for policy initiatives to be felt among the business community.

This is backed up by other studies, including the fifth SmartCompany SME Directions Survey, sponsored by Crowe Horwath, which found Australian SMEs continue to be hampered by red tape.

However, Reed says the government should be given credit where credit is due.

“The federal government is doing a lot of things that are good for small business, particularly in the area of red tape,” he says.

“They are also speaking in a manner that addresses small business directly. I do think the former government didn’t make that connection with the small business community.”

In terms of pressures on SME revenue performance, fuel prices topped the list – followed by cash flow and price margins.