The debt ceiling: Like a belt when we already have braces 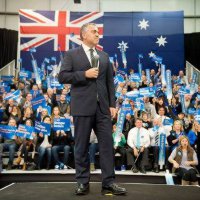 The Australian Parliament is deadlocked on a bid by the government to increase the debt ceiling from $300 billion to $500 billion.

The Greens have flagged a willingness to drop the ceiling entirely, in exchange for increased transparency on how government debt is being spent.

The whole notion of a debt ceiling is a new one, introduced by Labor during the financial crisis to provide scope to quickly increase borrowings if it were necessary. It is not really needed since Parliament already approves spending. The debt ceiling adds a belt when we already have braces.

In any sort of crisis, the ability of the government to borrow and use the funds to increase spending within the economy is a very important shock absorber. But of course since the borrowings have to be paid back with interest, it is simply a transfer which increases short-term spending to provide an immediate boost. Wars for example are often funded mainly by borrowing.

Government borrowing for other purposes is less justifiable. At the moment governments are being urged to borrow to invest in infrastructure. Such investment really needs to be heavily tested to check that the benefits generated by the investment will pay for the debt being raised. This sort of borrowing is particularly fraught since you and I enjoy the benefits of the investment but our children have to pay down the debt. So borrowing for infrastructure can be justified but as taxpayers and parents we should approach it with a sceptical mindset.

There are cases where increased public debt can be a good thing. But every time the government borrows more in any year than it is paying off, the overall level of public debt rises.

Since the financial crisis we have all become more sensitive to the overall level of public debt. It seems clear that governments in countries like Greece will never be able to levy enough taxes to pay down their debt. It will continue to default, by either not paying its lenders or by subterfuges such as lowering the interest rate it will pay below the rate at which the loan was written.