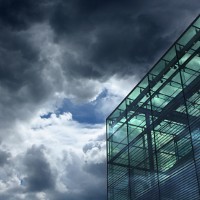 “Pessimism” and “negativity” are two reoccurring outlooks held by Australian directors, with their confidence in the federal government slumping to its lowest point since the 2013 September election, according to the AICD Director Sentiment Index released today.

Steve Burrell, general manager of public affairs at the AICD, told SmartCompany,“The pessimism and negativity is a result of a number of factors.”

“Now, directors are more pessimistic about Australia’s competitiveness in the Asia … I think also on the political front, there are concerns about the situation in Canberra, the balance of power, the budget and other measures are impacting business communities, giving a rather negative perception of government,” he says.

The index, which was compiled from September 29 to October 12, found a majority of directors now believe the Coalition government does not understand business.

Almost half of all directors rate the government’s performance in its first year in office as “poor” or “very poor”.

“Generally speaking, there’s a feeling that more directors feel the government doesn’t understand business – over 40% – way down on where we were a year ago when the government was elected,” says Burrell.

“It’s not all government’s fault though: 90% of those surveyed said the impact of the Senate reflected negatively on consumer confidence; one area where they are saying the government should get a move on is taxation reform and industrialisation reform,” he says.

What do directors want to see the government address?

According to the research, low productivity growth is the biggest challenge facing Australian businesses. In the short term, this is what directors want to see addressed first.

It’s the first time the survey has found productivity growth as the top concern for directors.

The index shows the economic conditions and concerns, as well as red tape and workplace relations laws/regulations, are impeding the development of productivity growth, according to the directors.

Burrell says productivity growth ties in all the issues of international competitiveness, taxation and red tape, and is perhaps why directors are finding it so important this time around.

Of the directors surveyed, 70% believe taxation is too high. “State-based taxes have a pretty clear set of priorities, and in that, company tax and income tax are considered to be significant issues,” Burrell says.

“The government’s intent has been pretty clear on this one. They have a new tax reform white paper which covers a range of areas,” he says. “The Prime Minister is already talking about the GST, and certainly the directors feel tax reform is the second most important thing that needs to be addressed. The government has a pretty clear set of priorities here, though, and company tax and income tax are considered to be the significant issues.”

The index found company directors identify multinational tax arrangements as the top priority for reform in any future comprehensive review of the current taxation system.

Infrastructure is a key concern for company directors, although it did fall in prominence.

“This is the first time ever that infrastructure hasn’t been on the top of the agenda for directors in the survey’s history”, Burrell says.

Sentiment regarding the level of government spending on infrastructure is less pessimistic compared to the first half of 2014, although more than 80% of directors still say the government is not spending enough.

“The current international market state, growth in China coming off somewhat, as well as the weak economy has lowered our international competitiveness, and that’s why directors want to see it enhanced,” Burrell says.

The directors surveyed are also concerned about red tape. The index finds 35% of directors believe the level of bureaucracy and regulation has increased in the past 12 months, while more than a quarter of directors expect an increase in the coming year.

Burrell says that red tape findings in the index are a “really interesting result”.

“The government has made a lot of determinations to reduce red tape. This year they’ve held two deregulation days where a lot of regulation has been removed, but in light of that, directors say [red tape has] still increased and expect things to get worse.”